Facebook Claims the Outage Affecting Instagram, Whatsapp and More Has Been Fixed. Facebook says it has fixed an outage that lasted for about two hours across some of its services on Friday. The outage, which Facebook says was caused by a configuration change, impacted Facebook, Instagram, Messenger, and Workplace and affected people around the world. 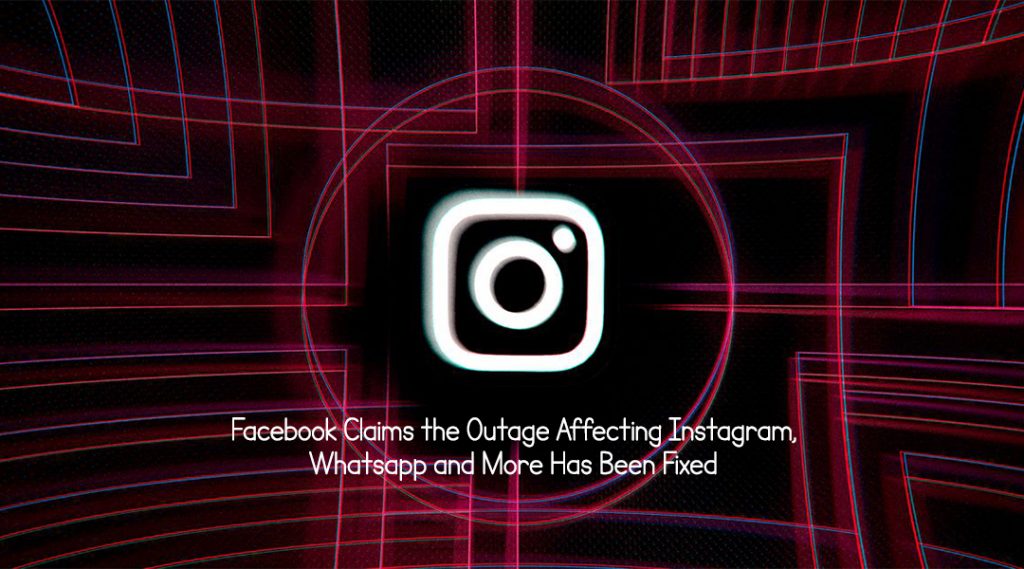 “We’re so sorry if you weren’t able to access our products during the last couple of hours,” Facebook said on Twitter. “We know how much you depend on us to communicate with one another. We fixed the issue thanks again for your patience this week.”

The outage follows a massive one on Monday, which took down Facebook, Instagram, WhatsApp, Messenger, and Oculus for nearly six hours.

In an explanation posted the day after, Facebook said the backbone connecting the company’s data centers around the world was inadvertently shut down.

The outage was extensive enough that it even broke internal systems used by Facebook employees, forcing them to turn to company-provided Outlook accounts to communicate instead. Friday’s outage was not related to the one that took place Monday, Facebook says.

On Friday, some users were unable to load their Instagram feeds, while others were not able to send messages on Facebook Messenger. The outage is Facebook’s second technical difficulty this week, after the Monday that the Facebook, Instagram and Whatsapp users also reported outages.

The outage was extensive enough that it even broke internal systems used by Facebook employees. The company said in a post: “The largest outage we’ve ever seen on Downdetector with more than 10.6 million problem reports from all over the globe.”

Mark Zuckerberg, creator of Facebook, lost $6 billion earlier on this along with other big tech stocks, according to Forbes. The stock market decline on Monday reduced Zuckerberg’s net worth to $120.9 billion, putting him behind Bill Gates on the Bloomberg Billionaires Index at number 5.