News reaching us today says Facebook Tries To Stop the Sale of Amazon Rainforest Land on Its Marketplace.  It’s so surprising to know you can sell land on Facebook Marketplace, I guess you didn’t? Neither did I. Did you know people were trying to sell land in the Amazon rainforest on Marketplace? Again, you didn’t know right? Well, am also guilty as charged. 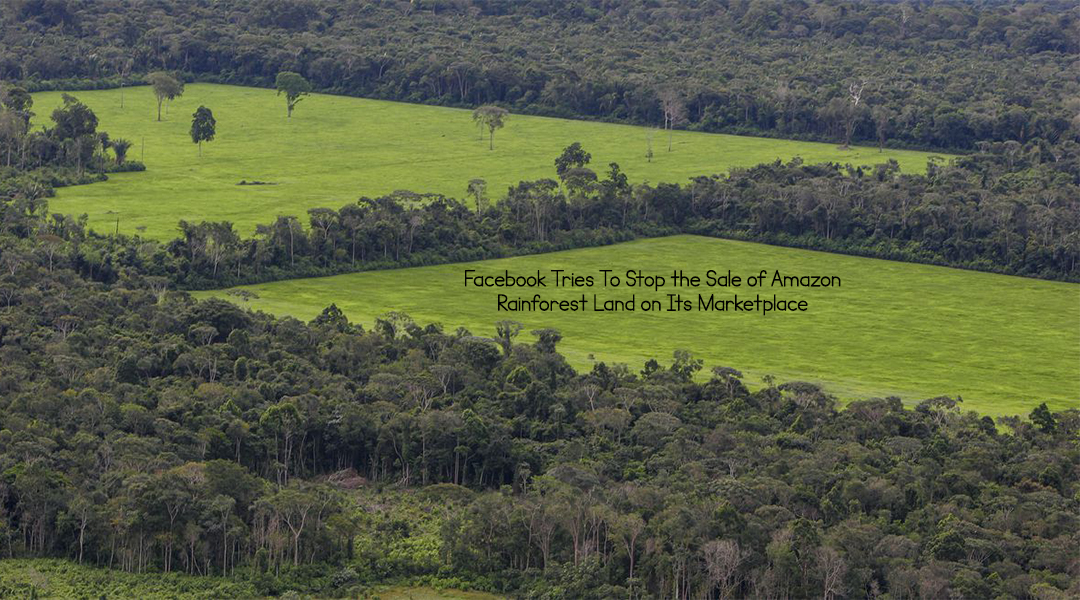 Selling land in ecological conservation areas is typically illegal and can have negative impacts on the flora, fauna, and people living there, so Facebook announced Friday that it’s changing its commerce policies to explicitly prohibit the sale of protected land on Facebook and its Instagram and WhatsApp platforms.

According to BBC, Facebook’s announcement comes after a February BBC investigation into its Marketplace that found people illegally sold large plots of land in the Brazilian Amazon rainforest on Facebook’s Craigslist alternative.

The plots were frequently sold without an official land title designating ownership, driven by the deforestation of the Amazon caused by the Brazilian cattle industry, the BBC found.

Amazon No Longer For Sale

The social network didn’t want to independently stop the illegal sale of land in the Amazon initially because Facebook’s “commerce policies require buyers and sellers to comply with laws and regulations,” the company told the BBC in February.

Now several months (and scandals) later, Facebook is taking a harder stance. “Listings may not promote the buying or selling of animals or animal products, or land in ecological conservation areas,” Facebook’s updated policy reads.

The company also plans to cross-reference listings against a database of protected land to identify anyone that violates its policy. The move is ultimately a good one, even if it’s delayed. It’s just the timing that makes it strange.

According to the verge, In the last few weeks, Facebook’s dealt with leaked research, a whistleblower actively calling out the company’s supposed hypocrisy and a major global outage. Stopping the sale of the Amazon rainforest is just a strange cherry on Facebook’s shitty, multi-week sundae.

In February, the BBC Our World documentary Selling the Amazon revealed that plots of rainforests as large as 1,000 football pitches were being listed on Facebook’s classified ads service.

Many of the plots were inside protected areas, including national forests and land reserved for indigenous peoples. In order to prove the ads were real, the BBC arranged meetings between four sellers and an undercover operative posing as a lawyer claiming to represent wealthy investors.

One land-grabber, Alvim Souza Alves, was trying to sell a plot inside the Uru Eu Wau Wau indigenous reserve for about £16,400 in local currency. In response to the BBC’s investigation, Brazil’s Supreme Federal Court ordered an inquiry into the sale of protected areas of the Amazon via Facebook.

Despite calls from indigenous leaders to do more, at the time Facebook said it was “ready to work with local authorities”, but would not take independent action to halt the trade.

Now the company says it has consulted the UN Environment Programme (Unep) and other organizations to take its “first steps” in trying to address the issue. You can get more details here.