The headline titles Facebook Smart Glasses Launching is officially true. Facebook is launching a new line of wearables. Has a social media giant, it is developing the next generation of smart glasses in partnership with the European eyewear company “EssolirLuxoxttica”. Previously, Facebook has launched a better experience high-quality VR headset “Oculus Quest”, and they are getting fully into the technology aspect. The first producer under the multiyear pact will be branded “Ray-Ban”, and it is scheduled to launch in year 2021. The CEO of Facebook, Mark Zuckerberg announced the pact during the Facebook Connect virtual conference where the company’s Oculus division also unveiled the next generation Oculus Quest 2 wireless VR headset. 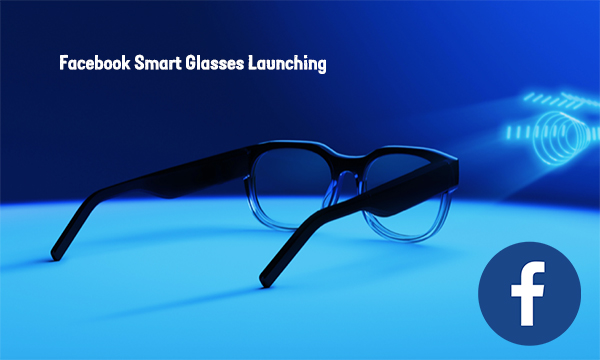 The partnership with Luxottica would help accommodate an array of styles and preference3s that users might have for their devices. This announcement came during the company’s annual Facebook Connect conference held at California. It will blend its apps and technical know-how with Luxottica’s brand and Essilor’s lens technology. The smart glasses would be able to connect to the internet to help users connected with their family and friends. Read more on the topic “Facebook Smart Glasses Launching” below.

As it titles “Project Aria Research”, this is the project name as though the product name, specs, or software capabilities have not been disclosed though more information would be shared during 2021 as there is still much work to be done for the perfection of the smart glasses to be launched. The new smart Ray-Bans with augmented reality features will mirror the display of any smartphone-connected device said, Zuckerberg. For now, there is no much information on Facebook-powered Ray-Bans. It is worn just like normal glass. The sensors from the smart glasses on the Project Aria research device will help capture the user’s video and audio, as well as their eye-tracking and location information.

“We are passionate about exploring devices that can give users better ways to connect with people closest to them. Wearables have the potential to do that,” said Andrew Bosworth, the VP of Facebook Reality Labs. “With EssilorLuxottica we have an equally ambitious partner who will lend their expertise and world-class brand catalog to the first truly fashionable smart glasses.”

The Chief wearable officer at Luxottica, Rocco Basilico added that together with Facebook, “we can reset expectations around wearables. We are paving the way for a new generation of products aimed to change the way we look at the world.”

The Facebook company said the product name and other information on the device will be disclosed in 2021. But it will be inclusive of a live map of 3D spaces, and hardware necessary for future AR devices. The smart glass on-device computing power will then be used to encrypt and store information that when uploaded to separate designated back-end storage systems which will help Facebook researchers figure out how AR can work in the real world.

This device would help users perform their everyday tasks and activities better by enabling them to navigate a new city or find their lost keys. Also, users can get to use smart glass to keep records of conversations and activities.

Aspiring buyers of this smart glass should be expectant for more information and release date anytime during the year 2021.