Facebook Reaches Settlement after Being Accused of Discriminating Against Us Workers. Facebook settled with the US Department of Justice following claims that it discriminated against US workers (via CNBC). 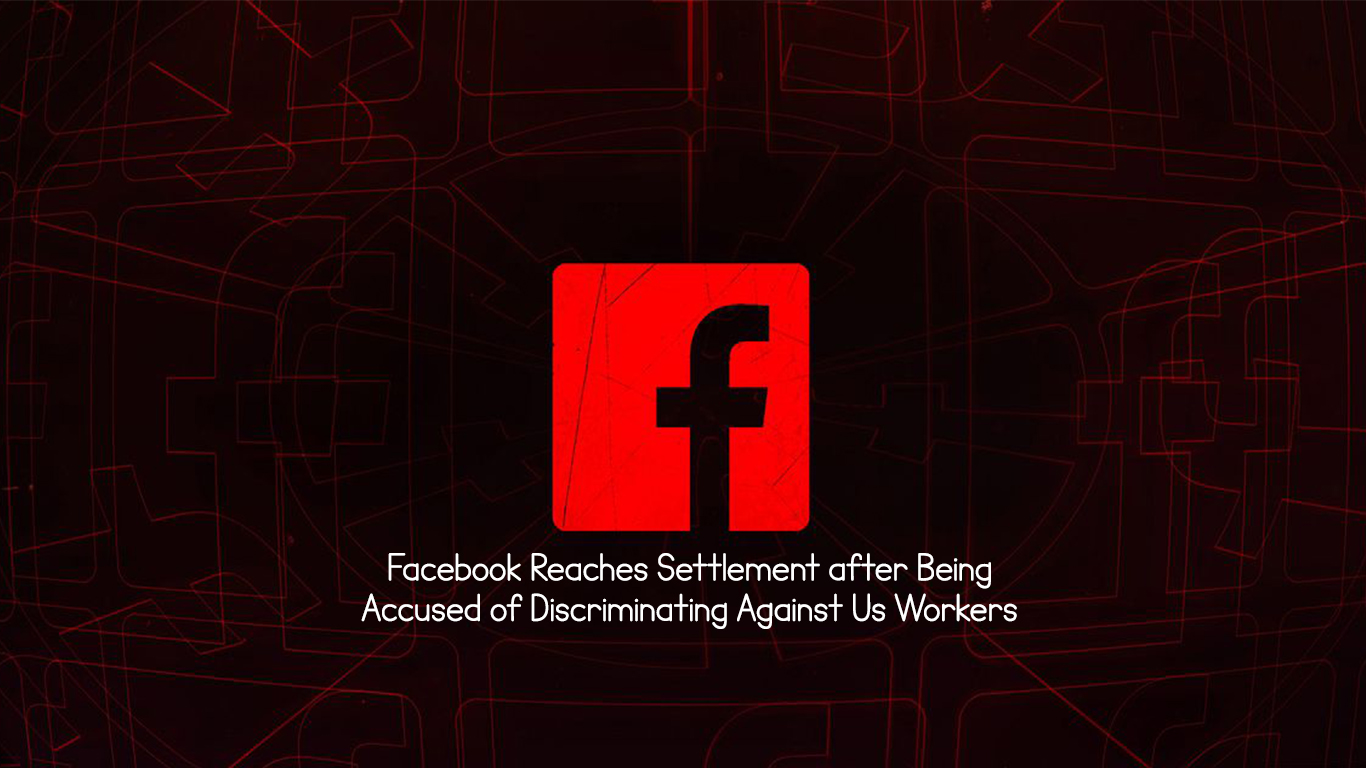 The DOJ filed charges against Facebook in December 2020, alleging that Facebook reserved specific positions for temporary visa holders and discouraged US citizens from applying.

A report from the DOJ revealed that it’s fining Facebook $4.75 million in civil penalties and is requiring Facebook to pay up to $9.5 million to any victims of Facebook’s alleged discriminatory practices.

Facebook Reaches Settlement after Being Accused of Discriminating Against Us Workers

Facebook also reached a separate agreement with the US Department of Labor. During an audit of Facebook’s PERM applications the program that lets visa holders permanently work in the US the DOL found potential recruitment violations that it’s going to investigate further.

According to Justice News, in December 2020, the Justice Department filed a lawsuit against Facebook, alleging that from at least Jan. 1, 2018, until at least Sept. 18, 2019, Facebook routinely reserved jobs for temporary visa holders through the PERM process.

Specifically, the lawsuit alleged that, in contrast to its standard recruitment practices, Facebook used recruiting methods designed to deter U.S. workers from applying to certain positions, such as requiring applications to be submitted by mail only; refused to consider U.S. workers who applied to the positions; and hired only temporary visa holders.

According to the lawsuit, Facebook’s hiring process for these positions intentionally discriminated against U.S. workers because of their citizenship or immigration status, in violation of the anti-discrimination provision of the Immigration and Nationality Act (INA).

The INA generally prohibits employers from discriminating against workers because of their citizenship or immigration status.

According to the verge, “Companies cannot set aside certain positions for temporary visa holders because of their citizenship or immigration status.”

In addition to paying two fines, Facebook will also have to train employees on the anti-discrimination policies of the Immigration and Nationality Act, as well as widely advertise its PERM positions. It’ll also have to start accepting resumes and applications electronically.

“Facebook is not above the law, and must comply with our nation’s federal civil rights laws, which prohibit discriminatory recruitment and hiring practices,” Kristen Clarke, the assistant attorney general of the DOJ’s civil rights division, said in a statement.

“Companies cannot set aside certain positions for temporary visa holders because of their citizenship or immigration status.”

Facebook didn’t reply to a request for comment from The Verge, but a Facebook spokesperson told CNBC: “While we strongly believe we met the federal government’s standards in our permanent labor certification (PERM) practices, we’ve reached agreements to end the ongoing litigation and move forward with our PERM program, which is an important part of our overall immigration program.”

Now, Facebook is going to have a fairly large bill this month (although it probably isn’t much for a billion-dollar company), as it racked up fines not only from the US government but also from the UK.

The UK’s Competition and Markets Authority just slapped Facebook with a $70 million penalty for deliberately withholding information about its Giphy acquisition.