Facebook Launches it Bitmoji Like Avatars as a response to Snapchat and Apple Memoji. As you may know, Apple Memoji and Bitmoji have been around for quite a long time now and since both Facebook and Snapchat are social media giants, people have anticipated Facebook to launch its very own Bitmoji like avatar. The bright side here is that you can currently with only the use of a Facebook account and the official application for mobile devices create a cartoon character to represent you on both the social media and outside. Note that this cartoon character you are about to create can be created to look exactly like you or someone else entirely. 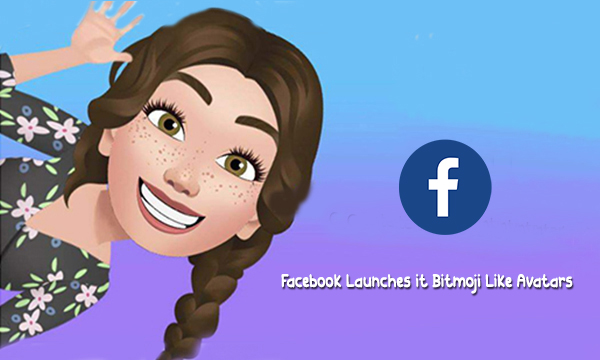 Creating your Bitmoji like avatar on Facebook is free. It does not cost a dime (except the regular data charges your network provider might charge you). In a nutshell, you can for free access the avatar feature which provides its users with an alternate cartoonish identity for use in a range of stickers. This cartoonish identity or stickers can be used in both the Facebook official app and on messenger.

During a great terror, as the world tried to survive the attack of COVID-19, Facebook decided to launch its avatar feature to the United States. Note that this feature has been in development for a while but it was released to the United States in 2020.

The launch of this feature in the United States could be said to be a triumph and the feature went viral. After its launch, a promise was made by Facebook to launch in other countries as sadly the feature has not yet been dispatched to all parts of the world. A few weeks later the feature was released for Indians and Africa followed.

As some people may have noticed, web users or clients cannot access or make use of the avatar feature. This feature is restricted to only the mobile app. This has got some users thinking if there is a separate app designed by Facebook to help users create their avatar. Well, to clear the air, there is no such app as the only app you can use in creating your Bitmoji like avatar on Facebook is via the Facebook official app.