In an organization, there are rules and regulations that individuals under it need to abide by. Facebook has not left aside, there are community standards users ought to abide. The rules notify individuals of the things they ought to post or do in the community to stay safe and respected. I believe you clicked on this post to find out the rules, so don’t you just pay attention. In this article, I will be giving you the standards you need to abide by so the platform doesn’t ban you. 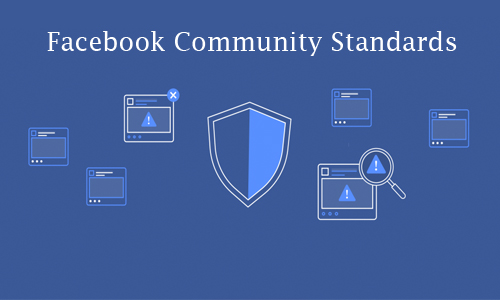 I will be giving a brief explanation of each of them below, so read on.

Promoting crime is prohibited on the site or those people or organizations trying to coordinate harm to others on the site.

In this section of Standard’s, Facebook has made it clear that he will remove, work with the enforcement agencies or disable accounts when they sense a risk of harm or threats to the safety of the public, which also includes Self Injury or Suicide posts. Here are the contents Facebook ban according to their safety section:

This section includes most of the topics in other categories. Here is what is banned in this section:

Here Facebook talks about the contents that are not allowed or fall outside the other categories. They are:

Here are the Facebook Community Standards that are guiding the platform. You can learn from their page.