Have you heard about the latest scandal of Facebook? Facebook Claims Its AI Mislabeling a Video of Black Men as Primates Was Unacceptable. Well according to THE VERGE, it is said that Facebook had to apologize for a case where its AI mislabeled a video of Black men with a “primates” label, calling it an “unacceptable error” that it was scrutinizing to avoid it from reoccurring. 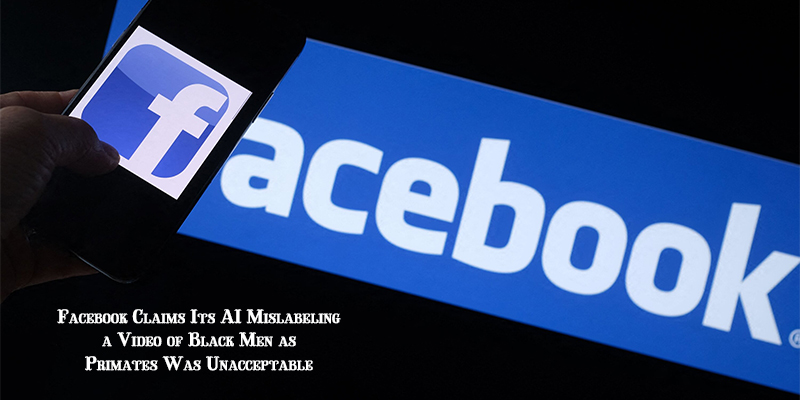 As described by the New York Times, customers who watched a video posted by the UK tabloid Daily Mail on June 27th received an auto-prompt asking whether they wanted to “keep seeing videos about Primates.”

It was said that Facebook stopped the whole topic commendation feature as soon as it got to know what was on, a spokesperson said in an email to The Verge on Saturday.

“As the representative have also said, while they have made progress to the AI but also said it’s not perfect and they have more improvement to make.

The incident is just the latest example of artificial intelligence tools showing gender or racial bias, with facial recognition tools shown to have a particular problem of misidentifying people of color. In 2015, Google apologized after its Photos app tagged photos of Black people as “gorillas.

In April, it is said that the US Federal Trade Commission warned that AI tools that have proved “troubling” racial and gender biases may be in violation of consumer protection laws if they’re used decision-making for credit, housing or employment.

“Hold yourself accountable or be ready for the FTC to do it for you,” FTC privacy attorney Elisa Jillson also wrote in a post on the agency’s website.

Well according to New York Times, On Friday, Facebook express regret and apologized for what it called “an unacceptable error” and said it was looking into the recommendation feature to “prevent this same incident from happening again.”

Been that the video, dated June 27, 2020, was by The Daily Mail and featured clips of Black men in altercations with white civilians and police officers. It had no connection to monkeys or primates.

Darci Groves, a former content design manager at Facebook, said a friend had newly sent her a screenshot of the prompt. She then posted it to a product feedback forum for recent and former Facebook employees.

In response, a product manager for the Facebook Watch, which is the company’s video service, called it “unacceptable” and said the company was “looking into the core cause.” You can get more details from this link.