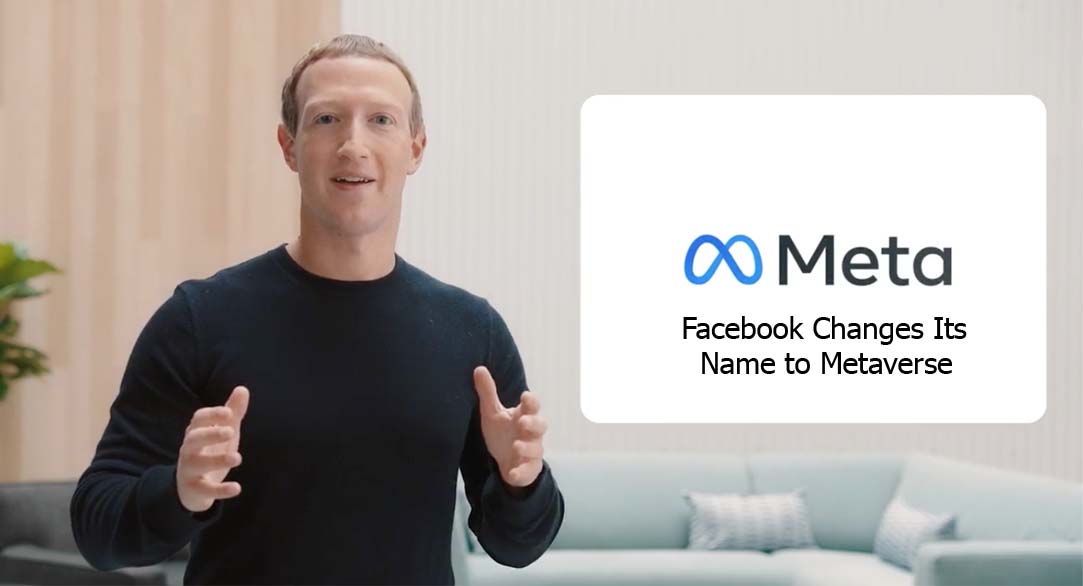 The company amid its many controversies recently is already looking to the future. And one of the many moves the company is expected to make is to first rename itself. And now Facebook’s company as we all know it to be has renamed itself to Metaverse.

Facebook has been facing a lot of scrutiny from government agencies and the public altogether after internal documents were leaked by whistleblower Frances Haugen. Amid the whole thing, the company Facebook has tried to turn a new page for the company and the future of the company by focusing mainly on its futuristic technology.

According to the CEO of Facebook, Mark Zuckerberg, the future of technology is all about digital worlds, a place where people can interact with one another. He calls this place, these worlds, as the “metaverse”. And according to him, the metaverse will allow for new types of entertainment, art, music, and business. The company also announced that this place or worlds rather will be built with privacy and interoperability as priorities.

During the company’s connect conference on Thursday, CEO of Facebook, Mark Zuckerberg said, “If we all work at it, and within the next decade, the metaverse will reach a billion people, host hundreds of billions of dollars of digital commerce, and support jobs for millions of creators and developers. We are fully committed to this.”

The company’s metaverse plans are still in its early planning stages. And even at that, the company has announced a series of software tools including technology that will allow people to control programs with their hands or voice. And also, the company is expanding its hardware offerings. Mark said, “this is the next chapter of our work, and, we believe, for the internet overall.”

The change to the company in terms of its name and focus is coming at a time where the company is going through one of its toughest and largest controversies. Just over the past couple of weeks various news outlets and online platforms have put out stories that are based on the leaked documents following a series called the Facebook files published by the wall street journal.

The various stories published all pointed out to internal research, memos, and debate that noted the challenges that the company is currently facing as it tries to convey its social network all over the world.

On Monday, the CEO of Facebook addressed the issue regarding the leaked documents. He said that the company at the moment is trying to balance free expressions with efforts to reduce harmful content on its platform.

Mark also noted that over 40,000 people at the moment work on safety and security at Facebook. The platform also is expected to spend over $5 billion on security and safety on the platform in 2021. During the company’s virtual reality-focused conference on Thursday, mark laid out the vision he had on how people will work and play in the metaverse.

He also noted and discussed the next-generation virtual reality headset known as Cambria. Cambria just like other VR headsets brings a screen so close to your eyes that you will even think that you are in the virtual world Cambria also senses the emotions on the face of the wearer and then transmits them into the metaverse.