Facebook, the world’s largest social network as of today, was founded in 2004 by a computer programmer, Mark Zuckerberg. It was founded alongside his friends – Eduardo Saverin, Dustin Moskovitz, and Chris Hughes. 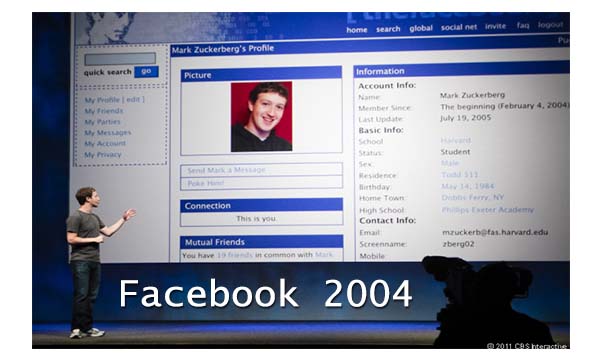 They were all students of Harvard University. In 2012, Facebook became the world’s largest social media network. This was possible with over one billion users on the platform. One-half of the number using the network every day.

The history of Facebook on how it started was a little complicated, as Zuckerberg launched the network initially as “The Facebook”. The name was taken from the sheets of paper that were distributed to freshmen, profiling students and staff.

Within 24 hours of its creation, over 1200 students have signed up, and after one month, over half the population of the university had a Facebook profile. The network originally became facebook.com in 2005 after the address was purchased for $200,000.

In September 2006, the network that started as out as an educational platform for students of Harvard University was extended to anyone who has a registered email address.

Over the years, Facebook has grown exponentially, with more features to enhance user experience on the network. There are some features, however, that have been there from the beginning.

Facebook has now become a very powerful tool for businesses to reach out to a wider audience, political movements, relationships, and many other activities where a lot of people make a living today.

Facebook, today, has a market cap and net worth of $527 billion, while owner, Mark Zuckerberg, has a net worth of over $100 billion dollars, making him the third cent billionaire of our generation after Amazon’s Jeff Bezos and Tesla’s Elon Musk.