Epic says they are open to blockchain games after steam bans them. Epic tells The Verge that it’s “open to games that support Cryptocurrency or blockchain-based assets” on its game store, unlike its competitor Valve which has banned games that feature blockchain technology or NFTs from Steam. 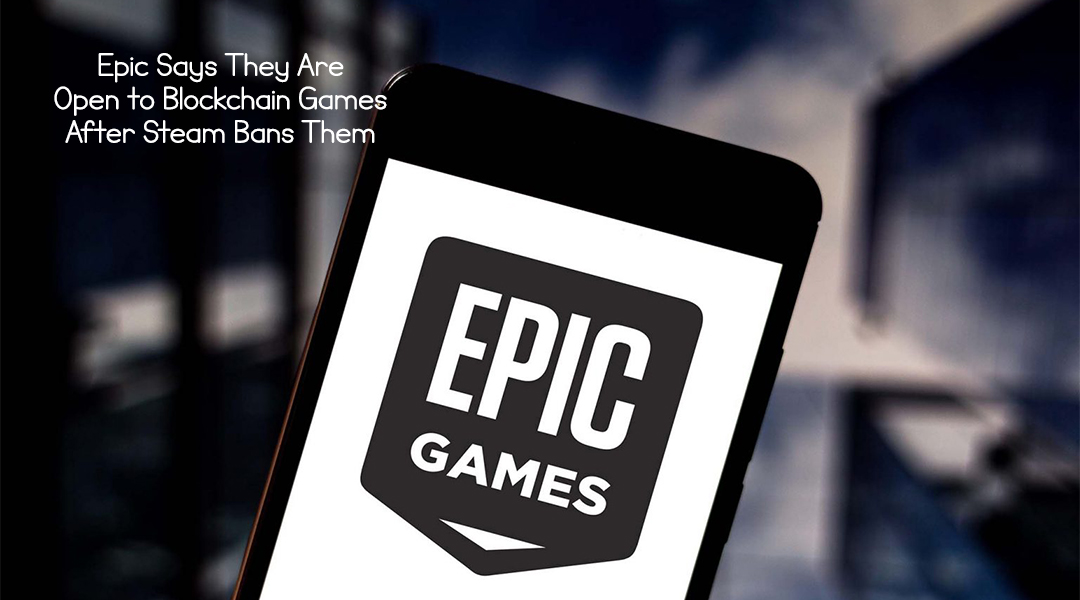 When we asked about allowing games that featured NFTs, Epic told the verge there’d be some limitations, but that nit’s willing to work with “early developers” in the “new field.”

It was confirmed by Epic that the games would have to comply with financial laws, make it clear how the blockchain is used, and have appropriate age ratings.

It also says that developers won’t be able to use Epic’s payment service to accept crypto; they would have to use their own payment systems instead.

Epic to Clarify Rules In the Future

According to IGN, Epic’s CEO Tim Sweeney has said that the company isn’t interested in touching NFTs, but that statement now appears to only apply to its own games.

Epic also tells The Verge that it will clarify the rules as it works with developers to understand how they plan to use blockchain tech in their games.

Sweeney also tweeted some additional thoughts after we published this story: he says Epic welcomes “innovation in the areas of technology and finance,” and suggests that blockchain isn’t inherently good or bad.

As a technology, the blockchain is just a distributed transactional database with a decentralized business model that incentivizes investment in hardware to expand the database’s capacity. This has utility whether or not a particular use of it succeeds or fails. Tim Sweeney (@TimSweeneyEpic) October 15, 2021.

None of this means that developers spurned by Steam can rush out and throw their game up on the Epic Game Store. Currently, Epic’s self-publishing program is in closed beta, and Epic’s FAQ says it chooses who can join on a “case-by-case basis.”

Epic, however, has shown itself to be a fairly permissive platform owner something that became a point of contention in its trial with Apple when lawyers brought up the “offensive and sexualized” games that were available on Itch.io, a game store accessible on Epic’s game store.

Epic Could Compete With Valve

Allowing games that Steam bans are another way that Epic could compete with Valve. Epic has already shown that it’s willing to make big bets trying to make its store a major player in the PC gaming space.

This could be another play to get some gamers or developers on its side. Some NFT fans immediately looked to Epic after the news about Steam broke.

Enjin, a company that helps developers integrate NFTs into their products (including SpacePirate, who tweeted about their game being taken off of Steam) retweeted our Steam article, and tagged Epic CEO Tim Sweeney, asking to talk. It seems now they have at least one question answered.