We shouldn’t be expecting a simultaneous streaming debut, as Dune: Part Two Arrives October 20th, 2023. After the release of the first Dune, viewers are already hoping for a follow-up.

Legendary Pictures has agreed on plans to release part two of the movie. The movie is expected to premiere on the 20th of October, 2023. It is safe to presume that part two will cover the back half of Frank Herbert’s classic novel. 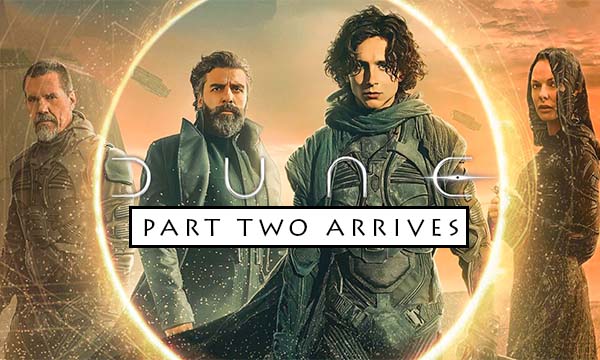 Deadline has noted that Dune racked about $41 million at the domestic box office during its weekend opening. Though, it is not as strong as the movie Shang-Chi with about $71.4 million.

It is not yet clear how much HBO Max launch has helped Dune’s theatrical premiere. Though, Villeneuve won’t need to worry about a simultaneous streaming release for part two.

The company Warner Bros will be returning to theater-first opening beginning in the year 2022. And whether you like it or not, you won’t have to brave the crowds and buy tickets if you desire to watch the Dune Part Two as soon as possible after release.

The movie Dune is officially getting a sequel. Legendary Entertainment has announced that the movie will continue to flow on the screen. This movie is expected to have an exclusive theatrical run.

The unorthodox distribution release was a pandemic-era concession by Warner Bros. But it caused an uproar when it was unveiled in the year 2020. Part two of the movie Dune will hit the theatres on the 20th of October, 2023.

The movie is a sci-fi epic, which opened on the 22nd of October in the United States. It earned about $41 million in ticket sales in its first weekend after release.

The movie has also performed well in other countries, with its earning of about $225 million globally. Dune part one has brought a lot of viewers hereby the request for another part is high.

Critics were at most kind to the movie, and revies aside, Villeneuve has accomplished something many thought to be impossible. Many directors have tried to bring Herbert’s novel to screen, and the results were a catastrophe.

After the previous partnership of Warner Bros and Legendary Entertainment on Godzilla vs. Kong, Dune was a success on the big screen.