Want to stream your favorite shows? Disney Plus is the streaming home of your favorite stories. It offers unlimited entertainment from Disney, Pixar, Marvel, Star Wars, and National Geographic.

Trust me, you won’t get bored. Using it, you can watch the latest releases, Original series and movies, classic films, throwback TV shows, and many more.

With this platform, there is always something new for you to discover and entertain yourself and your family. You can access the Disney plus website using https://www.disneyplus.com/. 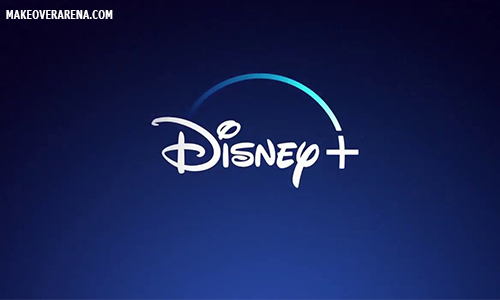 This is an American subscription video-on-demand streaming service that is owned and operated by the Direct to Consumer & International subsidiary of Walt Disney Company. The primary function of the service is for distributing films and television series that are produced by The Walt Disney Studios and Walt Disney Television.

It was debuted on November 12, 2019, in the United States, Canada, and the Netherlands, according to Wikipedia. The streaming and distribution services were expanded to Australia, New Zealand, and Puerto Rico a week later and then expanded to select European counties on March 24, 2020.

The service became available in India in April through Disney’s Hotstar streaming service which was rebranded as Disney plus Hotstar. According to Wikipedia, “Further Expansions are planned for Europe and Latin America in Mid 2020, as Disney’s existing international streaming distribution deals with competing services expire”.

Upon the launch of the service, the service was met with the positive reception of its content library but was criticized for technical problems. Within the first day of operation, more than 8 million users subscribed to it. According to Wikipedia; “The service had 60.5 million subscribers as of August 4, 2020”.

According to my search on Wikipedia, which is one the biggest online encyclopedia, it says; “The service is built around content from Disney’s main entertainment studios and film and television library, including Walt Disney Pictures, Walt Disney Animation Studios, Pixar, Disneynature, Lucasfilm, Marvel Studios, National Geographic, and select films from 20th Century Studios, Hollywood Pictures, Searchlight Pictures, and Touchstone Pictures”.

Disney Plus will actually alongside Hulu, which Disney gained a controlling stake in the following 21st Century Fox purchase.

Using the app, you can stream and download Original series from anywhere you are. The app is simple and free for downloads. With Disney Plus, you get;

There’s more you can do with the application on your device, however, you need to download and install it first.

To use this platform for streaming and downloading from anywhere, you have to install or download the app. Downloading and installing the app is simple and fast to do. Follow the guides below to get it;

Immediately, Disney Plus will start downloading and then will be installed after it has been downloaded.

There are lots of movies that you can stream and download using the service. And I will be listing some of the movies the service. Here are some movies to stream;

There are many more movies you can stream and download.

Have in mind that Disney plus is not worldwide yet, just in some locations. So, if the service is not yet accessible to you, know that the company is working on making it global. Also, you need to subscriber to use, that means you have to pay for it.