4K is now displayed on mainstream, let’s examine the two terms that have to develop conflated with one another. That is the 4K and the UHD, or Ultra High Definition. The broadcasters, Tv makers, and tech blogs are all using them interchangeably, but it is not stated as the same thing. 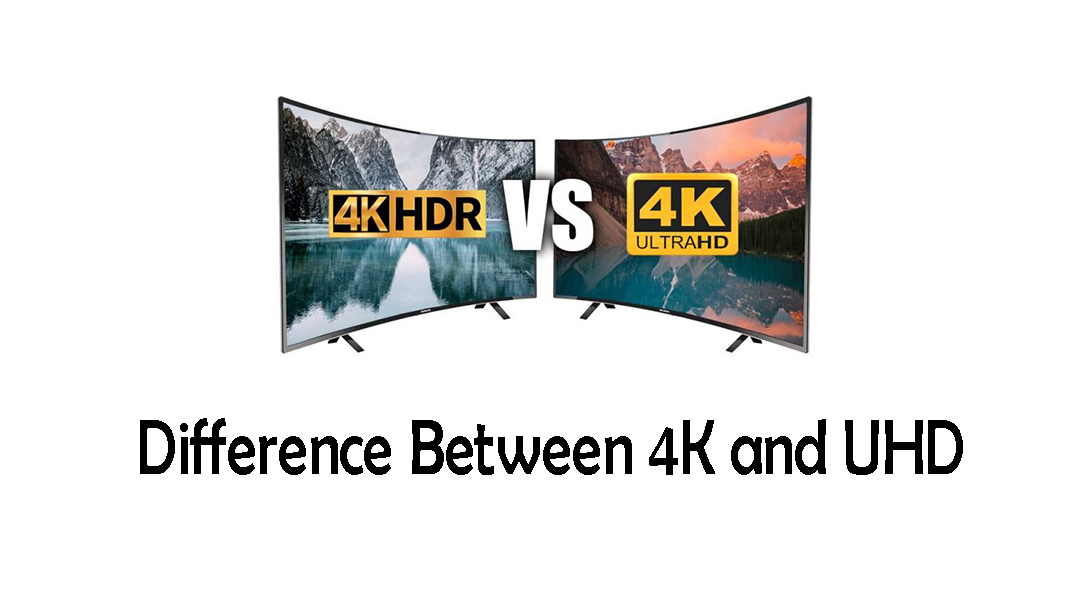 Looking at the viewer’s point, there is no huge difference between them, and the brief answer is that the 4K is sticking while the UHD is not. Though high-quality Blu-ray drives are sometimes marketed as 4K Ultra HD.

Difference Between 4K and UHD

The difference between the 4K and the UHD is that the 4K is a specialized production and a cinema standard, while the UHD is a consumer display and broadcast standard.

The 4K is actually a derivation from Digital Cinema Initiatives (DCI). However, the 4K is 4,096 by 2,160 and is exactly four times the previous standard for digital editing and projection. The 4K standard is not just resolution, rather, it also defines how 4K content is encoded.

While the UHD is the step up from what is called full HD, the official name for the display resolution of 1920 by 1,080.  UHD quadruples that resolution to 3,840 by 2,160. It’s not the same as the 4K resolution made above — and yet almost every TV or monitor you see advertised as 4K is actually UHD

Why is it called 4K?

It is called 4K because the images are round 4,000 pixels wide. the industry named 1080 resolution after image height, but the named 4K after image width.

Will the difference between 4K and the UHD impart your Choice?

The answer can be yes or no. but it depends on how you plan to use your screen. If you want to avoid this confusion and just buy a device that is adaptive to all forms of content, then you can choose to ignore the nuances and get the one that you like.

But if you are purchasing a TV or display device exactly for watching movies, you will end up with HUD because that is how most TVs from major brands like Sony are marketed and sold.

But sometimes it might be difficult to find a TV that is supporting a 4K resolution but finding a PC monitor or a projector that supports a 4K2K resolution is comparatively easier.

How close do I need to sit to a 4K Screen?

Recall when Apple made a big fuss about “retina” displays a few iPhones back? “Retina” refers to screens that have an adequate resolution that at a normal watching distance your eye can’t make out separate pixels. Get far enough away from a 1080p set and, hey presto, it’s a retina display!

Additionally, at that same distance, your eyeballs won’t be able to squeeze any more detail out of a 4K image than a 1080 one. If you’re at “retina distance” from your 1080p set now and don’t plan on moving your couch closer, promotion to 4K may not make a big change to your experience. This chart shows how close you need to sit at any given screen size to see the difference