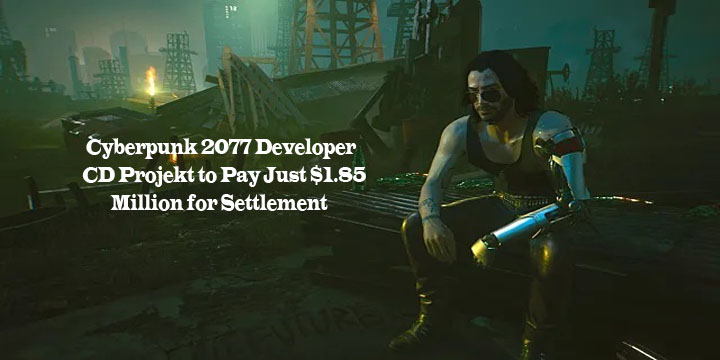 The verge reported that this game came riddled with bugs and poor enough performance on consoles that Sony pulled it from the PlayStation Store and many storefronts offered refunds. CD Projekt says those negotiations are now concluded, and here’s how much it’s agreed to pay: $1,850,000 USD.

While the settlement will likely have to be approved by a court, it sounds like the lead plaintiffs and their lawyers negotiated for a fairly tiny sum here in exchange for “relinquish[ing] any and all claims against the Company and members of its Management Board.”

That’s when you consider that the game had a development budget of over $316 million (according to GamesIndustry.biz), recouped that entire development and marketing budget in digital pre-orders alone, and didn’t actually see a huge impact from refunds.

CD Projekt Has Repeatedly Promised To Fix the Game

Perhaps the plaintiffs didn’t have much of a case? It’s worth noting that this lawsuit (technically, four lawsuits that had been rolled into one) were brought by shareholders who believed they were misled by the company about financial performance, not gamers who purchased the game.

Despite the game’s seemingly very decent sales, the company’s reputation has slipped, sales projections have lowered, and its stock price has fallen a reported 54 percent since last year.

CD Projekt has repeatedly promised to fix the game, and issued a series of patches, suggesting it might eventually become the game it promised.

In late October, the company announced that next-gen updates for both Cyberpunk and The Witcher 3 would be delayed to 2022. “Apologies for the extended wait, but we want to make it right,” the company wrote.

You play as V, a mercenary outlaw going after a one-of-a-kind implant that is the key to immortality. You can customize your character’s cyberware, skillset, and playstyle, and explore a vast city where the choices you make shape the story and the world around you.