There are lots and various companies boycotting Facebook ads, Facebook has long criticized for not doing enough to combat hate speech. Now the anger against one of the largest social media platforms is now growing into a movement that threatens its root. 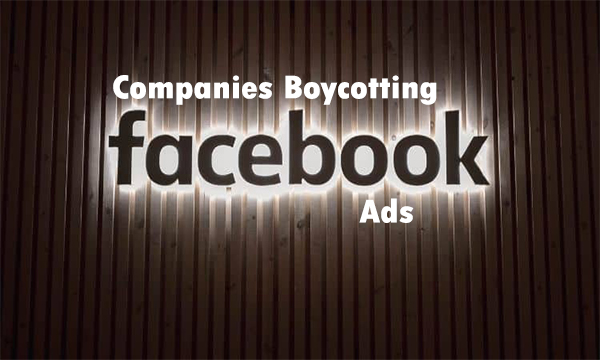 A group of civil rights organizations which includes the Anti Defamation League, the NAACP, and Colour of changes has summoned and inquired on all business to hit a pause on hate and not to advertise Facebook in July.

The main reason why there is a boycott on Facebook is that in  June 2020, Facebook refused to censor a post that contained Donald Trump’s “When the looting starts, the shooting starts” statement, as well as a post by Trump that criticized the CHAZ.

Mark Zuckerberg later defended this move and this greatly led to great criticism and later became one of the factors leading to the boycott.

Diverse and various companies have made a great decision to boycott ads in Facebook, several big companies continue to boycott advertising on Facebook, long after a high-profile corporate uprising against the service’s lax policing of hate formally ended over the summer.

Verizon, Clorox, Coca-Cola, HP, and Lego are now in their fifth month of the ad boycott.

Why Is Coca Cola Being Boycotted?

After Facebook, coca cola is also one of the companies that is also been boycotted, Coca-Cola seems to be linked to some of the most terrible news that surfaced in 2019.

From pollution to animal cruelty, to abortion bans, the company and its money have drastically affected the world as we know it. Here are four of the most pertinent cases of corruption that Coca-Cola has been involved with recently.

Facebook was accused by the Federal Trade Commission and more than 40 states of buying up its rivals to illegally squash competition, and they called for the deals to be unwound, escalating regulators’ battle against the biggest tech companies in a way that could remake the social media industry.

Above is the basics of Companies Boycotting Facebook Ads.

Recommended >>> Powerful Tips About Marketing Your Business on Social Media