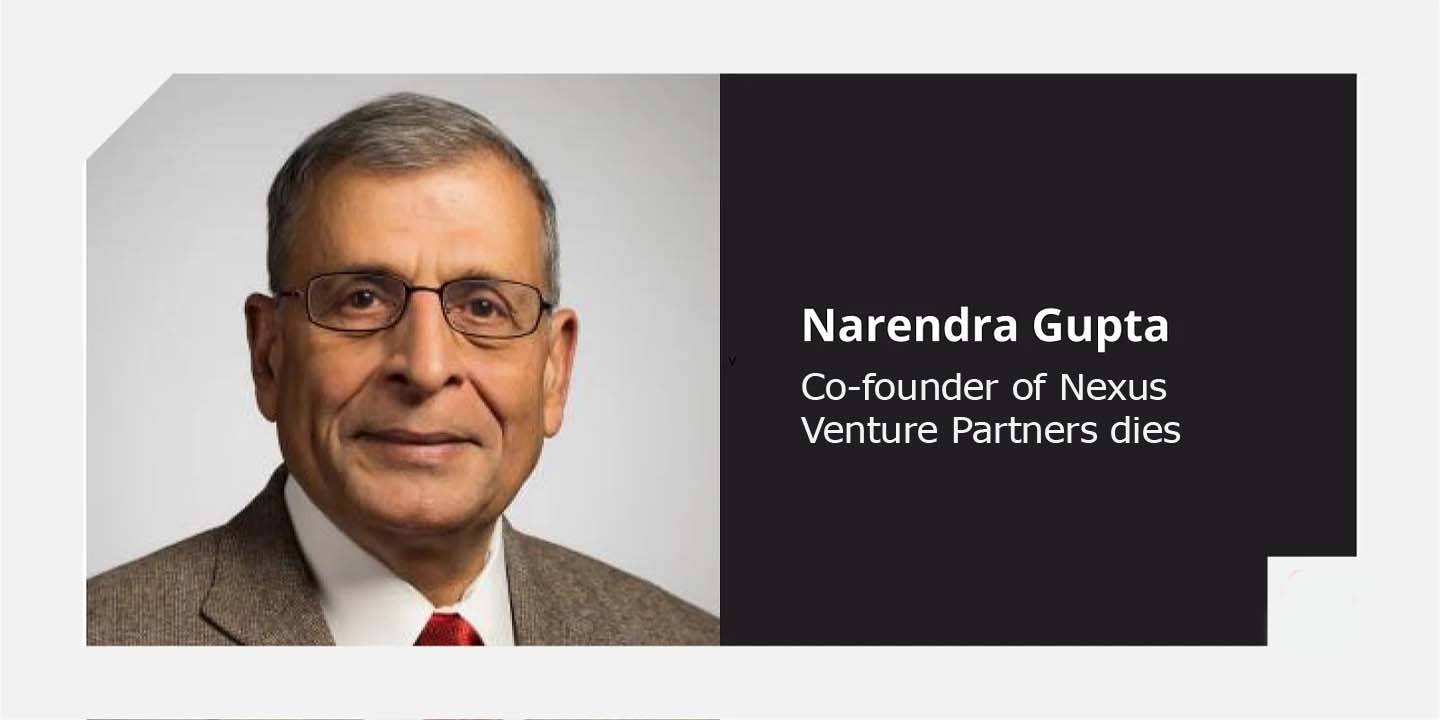 A venture capitalist, Naren Gupta who is also the co-founder of nexus venture partners to help put India’s SaaS startups on the world map passed away on Saturday. At the time he died, he was 73 years old.

Naren Gupta moved to the United States in the late 1960s in a bid to pursue higher education, a co-founded integrated system which is a software firm that was later sold to Intel. However after he left the firm, he started exploring investment opportunities.

“my introduction to venture capital and investment was really accidental,” Gupta said in a podcast last year. “I really had no plans to do it. But the opportunity seemed good, and I met lots of entrepreneurs and once in a while, I made investments.”

One of Gupta’s earliest investments was made in an Indian startup which was against his urging agreed to an offer to acquire. The deal however made Gupta realize that if he had a formal venture fund, his portfolio startups would be in a position to take on the longer-term bets.

“That’s why I got interested in the venture in India. In 2005 and 2006, I made a number of trips and met hundreds of companies,” he said in the podcast.

Thinking about it, it was a bold bet. At the time, there were only a few startups in the nation of India and also fewer investors who were willing to back them. Nexus also was a company that prioritized startups that created solutions to problems that are faced by large enterprises. Its bet was that organizations all over the world would find the solutions very useful.

“Technology really does not follow any political boundaries. What we were able to do early on was bring the US norms and approach to building companies and mix that with the Indian talent and Indian capability to get things done. India is very entrepreneurial at getting things done,” he added.

Nexus Venture Partners and Its Management

Prior to the acquisition of the company by IBM, Gupta also served as the chairman of the board of Red Hat. In a tweet, Sumanth Raghavendra who is a Bangalore-based entrepreneur said that several Indian startup generations owe Gupta “a debt of gratitude.”

Nexus’s Response to the News

In a statement on Sunday evening, a fund spokesperson said “Naren was a stalwart in the global technology and entrepreneurial ecosystems and a pioneer of Indian venture capital. He was a mentor and a close friend to all of us at Nexus and we will miss his passion, caring nature, and towering intellect.” H continued, “He is survived by his wife, Vinita Gupta, and two daughters. Our thoughts and prayers are with the family in this very difficult time.”