Currently, Google Chrome Received a much better Dark Mode in Incognito Mode. Ever since people started preferring darker tones to lighter tones, Google started coming up with some amazing features for their app. 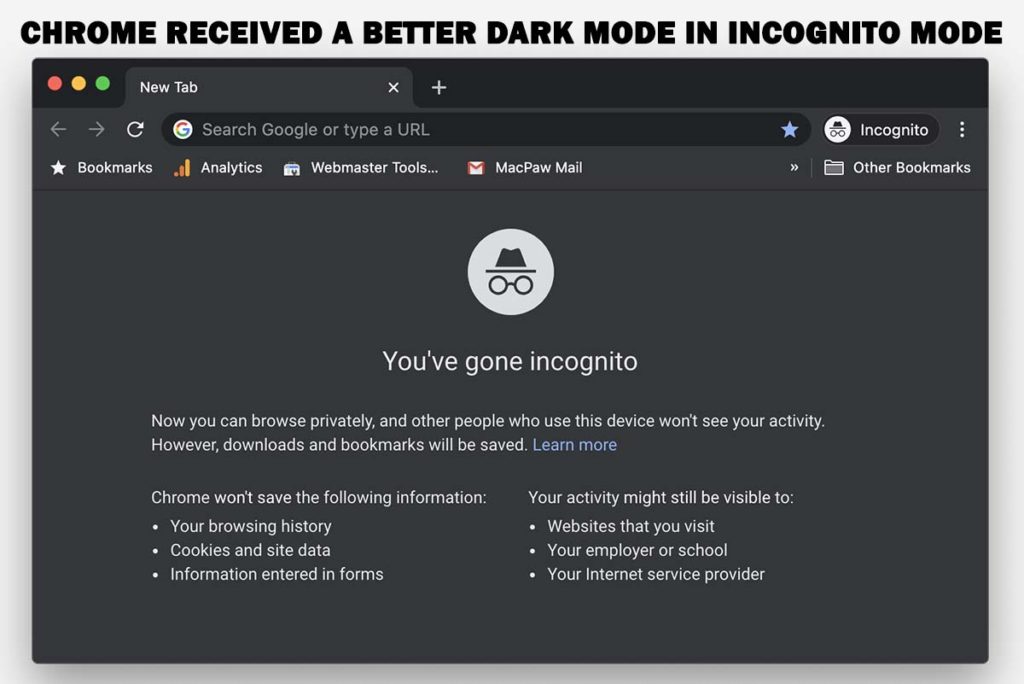 Currently, every operating system to web browsers now includes the option of switching between light and dark modes, and Chrome happens to not be any different in this regard. But the implementation in Google’s browser has not been perfect, and this is something that the company is about to address.

Anybody that wants to make use of the incognito mode that is in chrome, let us say, for instance, we would have noticed that the smartphone dark mode is well, not as dark as it is expected to be. There are several elements that would stand out like a sore thumb, in fact, but it would be for much longer.

If you have ever faced disappointment before, then it is certain that the screen elements would remain stubbornly bright even when you are in the dark mode enabled, Google is now making a change that would place a smile on your face. A new setting would tell the interface for the incognito mode to ignore the light mode settings of the operating systems, as well as any other customization that might interfere with the dark mode.

There are several reasons for the chrome treating incognito windows differently to the normal ones – having a slightly different look making things easier to quickly differentiate between the two at a glance. But with this new introduction of new experimental settings in the canary builds of chrome for windows, macOS, Linux, and Chrome OS, Google is offering users a choice.

Two Flags would enable you to visit Chrome://flags in the browser. Discover and enable you to enforce the dark mode UI on the desktop in other to have the incognito mode ignore the light mode settings and other interfering customizations. You also get to turn on the Enable Incognito brand consistency for the Desktop flag to remove theme and background customizations.

At the moment, chrome canary is the only place that you can access it. But it would eventually make its way to build of the browser and it would be the default settings.