The cartoon network hotel that launched recently in Pennsylvania next to Dutch Wonderland will be the first of its kind. The hotel, as you expected it to be, is over the top. Right from the lobby to the rooms, the foods, and the pools, the Cartoon Network hotel will give you the best experience you’ve been hoping for. 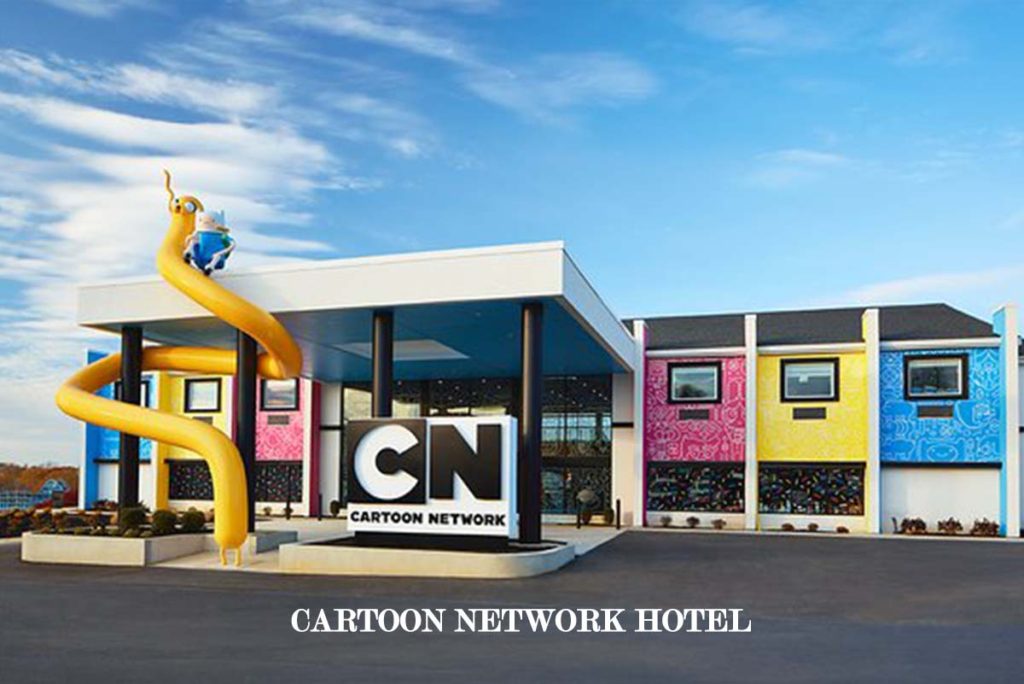 Right from when you step foot in the hotel, you will feel the uniqueness then realize that it is unlike any other hotel. According to CN, Cartoon Network Hotel, the hotel is described to feature characters in its guest rooms and dream suites, and even more spots in the hotel.

On arriving at the CN hotel, you will be welcomed by the cartoon crew, who will take care of you and your family, checked in digitally.

CN Hotel is a 9-acre property that was acquired from Continental Inn in 2018 for almost $5M. Initially, the Hotel was scheduled to launch during summer in 2020 but along the way, they were some circumstances that affected the initial open date and it was moved forward. The hotel finally opened on the 10 of January 2021.

What is in Cartoon Network Hotel?

Definitely not just rooms, in fact, it is not just a Hotel, it is more! It has been reported that the CN Hotel will be collaborating with the amusement park just right beside it – Dutch Wonderland. Guests in the CN hotel will get a special discount on the park and its rides.

The Hotel has 165 rooms, a water park. Indoor pool game room, a play area, a café where you can dine with your favorite characters, an Amphitheatre with mighty screens, fire pits and lawn games, a CN store, and many more.

The suites and guest rooms in the hotel features a customizable interchangeable show theme that can be set around the preferences of the kids to make every visit a different adventure.

The play areas have a lot of adventure and fun to offer the kids. Loads of interactive and fun games await your kids in the Toon Room, kids can play the Ben 10 Omnicade and win prizes.

Then there are the pools, in this case, the “Land of P’Oool”. You should take a dip in the outdoor pool and if that doesn’t go well with you should go for the indoor pool. And if you would like to, you can have a cool off with the PowerPuff Girls in Splashville.

When is Cartoon Network Hotel Opening?

The CN Hotel was official opened and started receiving guests on the 10th of January 2020. Though it was scheduled to open earlier than that but this due to some things it was no longer feasible resulting in the postponement to the new date.

Where is Cartoon Network Hotel Located?

The cartoon network hotel is sited on a nine-acre land located at 228t Lincoln Highway East next to Dutch Wonderland amusement park and near Tanger Outlets Lancaster on Route 30.