Black Friday Walmart is within weeks for those of us who have been anticipating this day. But what are you to expect from these deals? What are the best deals out there for you? When will be the time and hours for these deals? All of these are what you will find out in this article. So all you have to do is to read through to the end.

It is no new thing that Black Friday is one of the busiest shopping days in a calendar year. It is a day that proves very beneficial to both customers and shop owners. Today we are going to be talking about Walmart and their Black Friday deals. 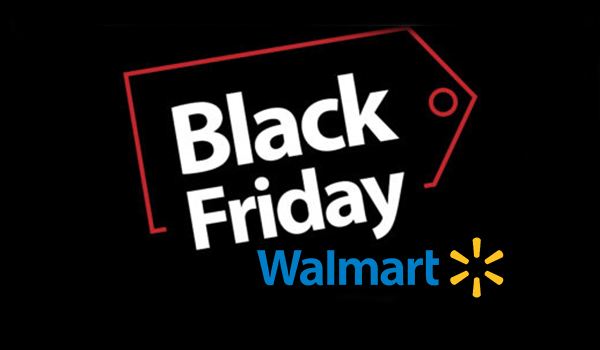 Walmart is a very famous store when it comes to Black Friday deals. Black Friday Walmart offers a variety of mind-blowing discounts on products and items in all categories that you can think of.

Black Friday Walmart offers the biggest shopping discount on deals. This makes it one of the most anticipated destinations for Black Friday deals. They offer deals on both their online platform and on block build stores.

This year Black Friday Walmart is offering more convenient, more days of deals and even faster, safer and easier experience for shopping. Walmart has served up three events for this year’s Black Friday. Two of these events have gone past.

But that is not the end of it all. The best deals are set to hit you just after Thanksgiving Day.

Walmart is giving its esteemed customers a whole new level of Black Friday this year. It is not going to be as it was in previous years.

This year Walmart has split its Black Friday deals into three separate events and days. These three events will be spread throughout the month of November with the best of deals coming after Thanksgiving Day in the US.

Listed below are the dates for these Walmart Black Friday events.

The first is set to start on Wednesday 4 November and roll out till November 7, 2020. These deals are set to start at 12 a.m. ET for online deals and 5 a.m. in local stores.

Event 2 on Walmart will begin on November 11 and roll out until November 14, 2020. The time for this event remains the same as that of the first event. 12 a.m. ET for online deals and 5 a.m. local time for local store deals.

Event 3 is set to kick off on November 25 just a day before Thanksgiving Day and will roll out until November 27, 2020.  Deals will first be offered online on November 25 at about 7 p.m. ET. Then at 12 a.m. ET for online deals also and then for the store it will begin at 5 a.m. local time for local stores.

These are the various ways in which Walmart has decided to gives its esteemed customers a series of Black Friday deals.

Walmart announced that its stores will remain closed on the day of Thanksgiving. With this announcement, they have brought to an end their long-standing tradition.

It is a tradition for Walmart to kick off its Black Friday on in-stores sales on the night of Thanksgiving. However this year it will not be so.

Walmart Stores are now set to open on the Day of Black Friday itself which is November 27, 2020.

Walmart shopping store is one of the best places for you to get your best Black Friday deals.

Listed below are some of the best deals that you can get from Walmart on Black Friday.

Google Nest Mini V2 or Chromecast for $18.98, Google Nest Hub for $49.98 are some of the best deals that you can get from Walmart. Beats Solo Wireless headphones at $199.