Are you a game lover? Here are some Best Free iPad Games that you can play on your iPad, iPad Pro, iPad Air, and iPad mini. If you just looking for games to keep your iPad fun to use, then this is for you. 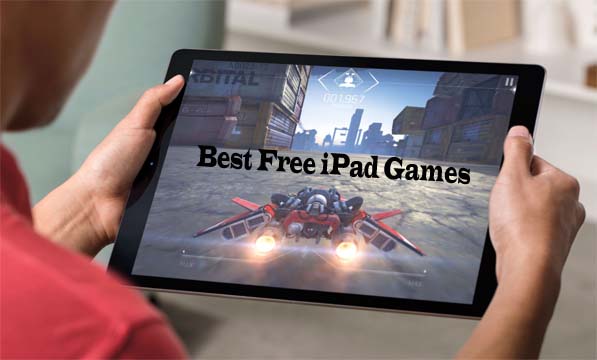 This list covers both iPad puzzle games, racing, action, adventure, etc. all for your pleasure. All required of you is just your iPad and a working connected network or Wi-Fi.

Now to the main section of this article, on the list below are some of the Best Free iPad Games you can get to play today:

This is a hoppy one-thumb game platform with a twist. It features an auto-running protagonist (like a frog) who needs to grab a bunch of keys. You are required to tap on the screen to make the frog leap past obstacles like the deadly spike pits and bound off of walls.

Not long after the game is been played, the shadow of the frog sets off in hot pursuit. Copying your moves. And user must be careful not to make mistakes in the deadly shadowy doppelganger. Otherwise, you become an ex-frog and will start the game again.

This is the third entry in a series of Free iPad Games. In this game, a heroic chicken is set to save the world from a demon invasion. Users are to tap the sides of the screen to flap their guided poultry.

There are roaming enemies that will be defeated by bonking them on the head. Users will be able to upgrade their chicken and procedurally move from level to level which ensure you won’t get the same game twice.

The King of Fighters ALLSTAR

Among the list of the Best Free iPad Games is The King of Fighters ALLSTAR. It is almost the same as the Double Dragon or Final Fight, which means users duff up all manner of bad guys alongside streets prior to laying into a big bad.

You are given a team, so you can tag in others from your trio during battles. There are arena-styles modes in the game that will be unlocked as you progress to further stages.

Users can access the auto movement option while experts can use the manual. Fight on and defeat other enemies to get upgrades and new features.

This is a high -octane racer-controlled game with s dingle thump operation. Users are to hold down their screen and get an increase of speed, and they can increase and reduce their speed as well.

Users are not to smash into barriers and other cars or grind across the dirt to enable the game to continue.

The Asphalt 9 is listed among the best car racing games on the app store. Users can access the local race as well as connect with other users in an online match. It has an amazing view and several locations you can race on.

There are several missions you can go for just like drifting, cop chase, etc. al to get more coins for new car purchases.

Here are other games you can download on your iPad from your app store: