Assassin’s Creed Infinity Live Service. Earlier, Bloomberg published a very interesting report in which it claimed that Ubisoft was planning to transition the Assassin’s creed series right into a liver service Model rather than having to release a new game every couple of years. 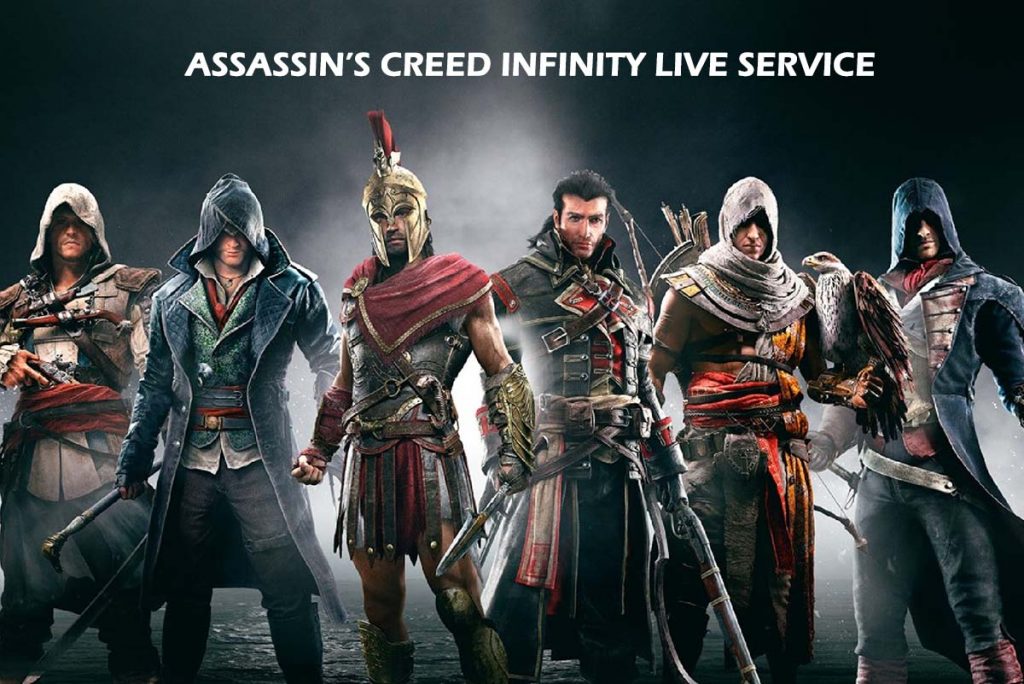 What followed after that was more interesting. As Ubisoft dropped official confirmation of the game right inside our laps. So, Assassin’s Creed Infinity indeed happens to be a real thing, as stated by Ubisoft, the game would still be very early stages of development.

Unfortunately, Ubisoft’s announcement at the moment does not include a lot of details concerning the game. Instead, it would mostly cover who would take charge of the Infinity.

With Ubisoft’s Montreal and Quebec studios working together on the project right under the leadership of Marc-Alexis Cote. Marc-Alexis Cote has been named executive producer of the Assassin’s Creed franchise. Julien Laferrière from Ubisoft Montreal would be the game’s senior producer. At this time, Jonathan Dumont and Clint Hocking would serve as the new co-creative directors and oversee Ubisoft Quebec and Ubisoft Montreal teams, respectively.

Today, Ubisoft confirmed today that Assassin’s Creed Infinity still remains an “early-in-development project” and would also reveal that the infinity moniker just remains a code name for the game for both teams have a history of building Assassin’s Creed titles. As do the individuals that have been offered leadership positions that are right on the game.

Yes, Bloomberg’s report that came earlier today paints a rather shaky picture, revealing some degree of strife between the teams involved in development at Ubisoft’s Montreal and Quebec studios. Bloomberg’s sources suggested that Ubisoft’s response to sexual harassment and abuse allegations concerning high-level executives was not good enough, and was not mentioned in the announcement that Ubisoft gave today.

So, it looks like the Future of the Assassin’s Creed Franchise would turn to a live service one. Ubisoft stated that it would come with more details concerning Infinity and new content for Assassin’s Creed Valhalla in the future. So, we would be able to be watchful form more.

However, considering the fact that Assassin’s Creed Infinity still happens to be early on in development and assuming that Bloomberg’s reports of internal problems remain accurate. We would definitely not hear any more things concerning infinity for some time to come.