“Apple’s Updates on the September 15th Products Event”. Apple has officially announced its recent products which are the Apple Watch Series 6, Apple Watch SE, Apple One services bundles, Apple Fitness, and iPad and iPad Air updates. Though Apple Watch and iPad product event is a warm-up act for the upcoming iPhone 5G launch which will be added in the iPhone 12 mobile, the company did enough to make extracts of the unit sales for hardware and to proceed with the collection of wallets share for services. 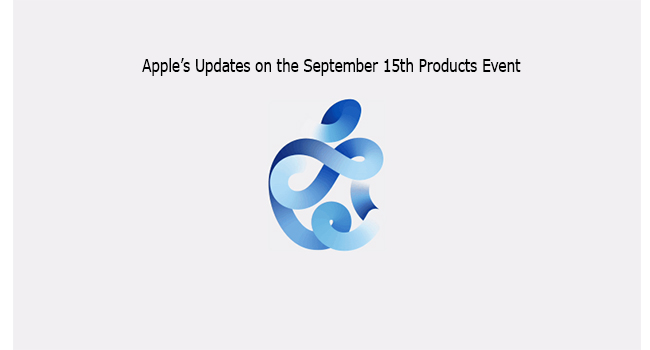 Below is an overview of its recent add-ons from the last event which was held on the 15th of September, 2020. More information and details will be shared on its latest debut event date which is upcoming on the 13th of October, 2020. Be sure to visit the Apple website https://www.apple.com to get informed as it will be held online.

Tim Cook, the CEO of Apple made the pitch for the Apple Watch as essential and important productivity, health, music, and smart home device. But Apple Watch Series 6 was also merited for its colors which includes a red version with a startup price of $399.

Below are a few other important services and features that are made available in the latest Apple brands production:

The big amazing announcement is that Apple Watch is more about health than anything else and health observed.

Jeff Williams, chief operating officer, on his statement about the health features for VO2Max levels and cardio fitness, said that: “Each year Apple Watch raises the bar and leveled features”.

A Version of Series 6 With Apple Watch Se

After the production of the Apple Watch Series 6, Apple made a less amount top-rated watch also. It is called the Apple Watch Se, and it has the basics features and user requirements. Also uses the S5 chip and works with cellular models.

The Family Setup management feature is also included, with a fall detection feature, and ranges from a starting price of $279.

Apple Watch has featured a workout service attached to it with trainers and music. There are training apps that can be serviced on this Apple Watch. This service is referred to as the Apple Fitness+ feature.

Fitness+ will can operate and run on iPhone and iPad and use Apple Watch to track metrics and information. The accessed and read data will be displayed on the screen.

The Fitness+ exercises and workout types include cycling, yoga, dance, treadmill, strength, core, rowing, and mindful cooldown. It is a subscribed feature and Apple Watch Se users can get it for a price of $9.99 per month or $79.99 per year.

Apple One is a long-rumored bundle of subscribed services. This service putting together Arcade, Fitness, News, and Music feature accessible just by one subscription. Apple One will be made available in different subscription plans which include the individual plan with a cost of $14.95 per month, a Family plans cost of $19.95 per month, and a Premier plan which costs $29.95 per month.

The most popular Apple iPad has received an update to an 8th generation version that has the A12 Bionic chip.

Apple’s new iPad will be an advantage due to its speed over other laptops and tablets. Apple is also adding a Neural engine, iPad OS 14, and Apple Pencil improvements to all its latest brand of iPads. These 8th generation iPads will be made available for $329 and $299 for education versions.

iPad Air Gets A14 Bionic, USB-C

Apple also developed an updated iPad Air and redesigned it with the Touch ID feature located at the top of the device. The mid-range iPad Air comes in different colors, processor updates, and performance for much experience on garner upgrades.

Apple also added A14 Bionic to the iPad Air and USB-C fast connection cable, with improved camera experiences. This Apple’s A14 Bionic is built on 5nm technology with 11.8 billion transistors.

Overall, iPad Air is bringing together a strong performance experience at a fair price ranging at $599.

CHECKOUT >>> Which Apple Watch is right for you: Best Apple Watches you Should Buy