Apples New Watch Update Offers Charging Issue Fix. Righting a wrong, maybe? An upcoming Apple Watch update would offer a bug fix that was introduced by the last software update, watchOS 8.3, and it prevented some chargers from working just as they are required to. This issue was finally addressed in the watchOS 8.4, which is due to the release to the public soon. 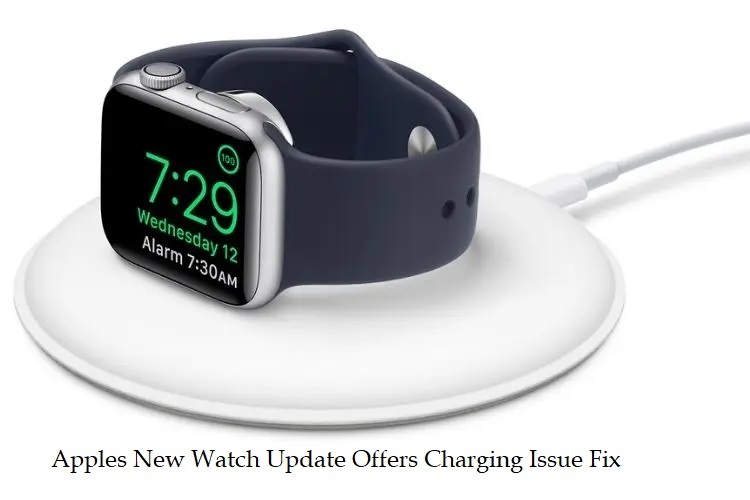 WatchOS 8.4 is available only to beta testers and developers currently, and according to MacRumors, the release notes received updates specifically to fixing an issue that would stop certain Apple Watch chargers from actually charging the device, effectively making the device useless.

The issue came when apple released the WatchOS 8.3 seem to affect the Apple Watch 7 primarily, with users reporting either an inability to charge their devices or issues charging for a short period of time. This is hardly ideal for a device that’s expected for everyday use.

And this issue is not just a certain subset of chargers that possesses some issues. There have been several reports of everything coming from Apple Watch chargers to more affordable third-party options that are being affected. Just as pointed out by MacRumors, even higher-end chargers such as one manufactured by Belkin are also suffering the wrath of WatchOS 8.3.

So, when are we expected to see the watchOS 8.4 launch publicly? And it is actually expected to address the issue so far, the update has been seeded to beta testers and developers in release candidate format.

What this means is that the current version that is still in testing should be largely identical to be in a public launch, which could be happening anytime between now and the end of January, if the cadence of the monthly watchOS update is expected to launch and would continue, and barring any sporadic issues that might actually result to the 8.4 updates.

Whether this update would be offering the solution to the core issue that remains to be seen. As per the release’s notes, the latest build does not seem to be squarely aimed at addressing the charging issue that is ongoing and which has plagued Apple devices ever since December 2021. But would it?

Hopefully, the watchOS update 8.4 would be putting an end to these charging issues for good, and the users can begin their daily activities with their Apple Watches. Given the watchOS 8.3 released well over a month ago, we can’t help but feel for any users who’ve been carrying around uncharged watches that whole time.

How to Protect your Online Banking Information

Simple Ways on How to Clear App Store Cache