Apple’s app tracking transparency feature is not an instant privacy button. According to a report by Financial Times that acts as a reminder of what Apple’s App Tracking Transparency settings do and do not do to protect your privacy (via Ars Technica). 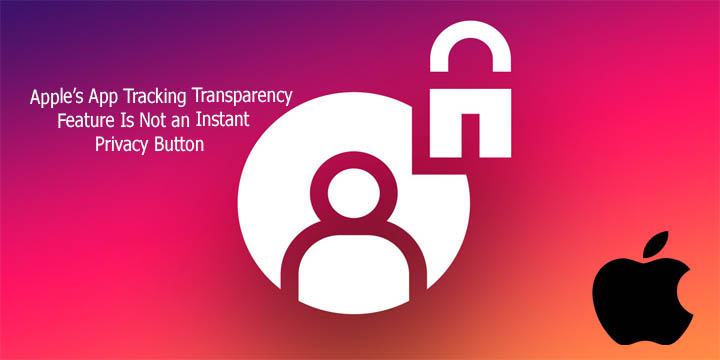 The feature, introduced in iOS 14.5, is meant to prevent app-makers from tracking what you do and selling that information to advertisers.

Companies like Facebook cried foul when it was introduced, saying that it would hurt their ability to show targeted, personalized ads, and therefore hurt businesses that relied on those ads.

According to the Financial Times, though, developers have taken Apple’s rules to mean that they’re allowed to target ads at cohorts, or groups that people are put into without needing to have unique IDs assigned.

The report says that developers like Snap, Inc. have continued collecting some data, including from those who have asked them not to track them, with the justification that anything that could be tied to an individual user would be anonymized and grouped.

It’s a similar concept to FLoC, Google’s plan for a post-third-party cookie internet, where individuals are assigned labels describing what kind of things they might buy instead of being tracked individually. Ads can still be targeted, without advertisers having to keep track of everything everyone does.

Some developers have admitted, though, that they also try to make predictions about what users do after seeing ads based on info they receive from ad companies.

The Financial Times also says that some personalized data, like IP address, location, and screen size, still makes its way to advertisers, to help ensure that ads fit properly and show up in the right language.

According to the report, Facebook and many other companies are planning on selling ads using aggregated or anonymized data.

While Facebook partially blamed Apple’s policies for it missing its earnings goals last quarter, it’s estimated that the ads affected by the rules only made up 5 percent of its annual ad revenue. In other words, Apple’s ad tracking permissions were never going to destroy Facebook’s ad business.

None of this is to say that there are no privacy benefits to hitting the “Ask app not to track” button a previous Financial Times investigation found that Snap, Inc., Facebook, Twitter, and YouTube lost $10 billion combined after the feature was implemented.

So there was obviously a market for ads driven by that data. But it’s good to remember that even Apple, a company that prides itself on “standing up” for its users, can’t stop companies from collecting your data with a single switch.