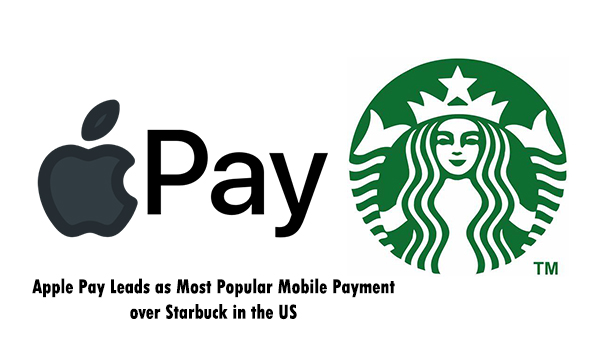 In the year 2019, ‌Apple Pay‌ had about 30.3 million users, operating with the Apple Pay payment app. This is compared to Starbucks’ users of about 25.2 million customers operating on its mobile app the same year.

According to an eMarketer principal analyst, Yory Wurmser: “‌Apple Pay‌ payment service has made huge benefits from the spread of its new point-of-sale (POS) systems that work with the NFC signals which ‌Apple Pay‌ operates on.” “The same trend should also be followed by Google Pay and Samsung Pay, but they will keep on splitting the Android market.”

Apple Pay was officially launched five years ago. Exactly when the contactless payments service achieved about 19% of all retail sales and faced difficulties in expanding adoption among its consumers and retailers. It is reaching its successful point though, and is expected to be available in over 70% of U.S. retailer stores by the end of this year, said eMarketer. That should help the company to expand its payments operations, especially after launching the Apple Card (Credit Card) in partnership with Goldman Sachs a month back.

Apple Pay will overtake coffee chain Starbucks in the year 2020 via providing the most popular mobile payment procedure for shoppers at stores in the US. Apple’s payment app this year will have over 30 million U.S. shoppers, compared to the less amount of 25.2 million users for the Starbucks payment app, estimated according to a research firm eMarketer.

Not just over Starbucks, Apple Pay will also take lead over other point-of-sale (POS) payment methods, like Google Pay, which has over 10 million users, and Samsung Pay with over 9 million users. The Apple payment services are increasing with the expanded adoption of in-store systems that work securely with the near-field communications (NFC) chips used in smartphones. Keep reading more on this article “Apple Pay Leads as Most Popular Mobile Payment over Starbuck in the US”.

Contactless payment which is also called the Proximity mobile payments will be more than double to $220 billion by the year 2023 from $98.9 billion in the U.S. this year’s 2020. The rate of smartphone users who use their device to make in-store payments will grow over 9.1% this year to 64 million, or 30% of all U.S. smartphone users, forecasted by eMarketer.

Consumers in the US have been delayed to adopt these contactless mobile payments compared with other regions, such as urban areas of China. But the eMarketer’s research suggests that rapid growth is kicking as more stores are adding technology to their POS systems. Unlike China, the U.S. for several years has built up the infrastructure to handle debit and credit card payments process, making them an easy alternative to paying with cash and checks. “However, tech-literate young adults who already understand smartphones have shown a greater willingness to use mobile devices for payments, yielding the popularity of payment apps like PayPal’s Venmo, which had over 30 million users as of Q1”, CNBC reported.

Starbucks was among the first to explore issuing contactless payment methods for its customers living in the U.S., offering millions of US citizens an early experience with in-store payments service. Starbucks Pay is still developing strongly, per eMarketer, proving that store chains can successfully create a proprietary payment procedure that gives users more control over purchase data. The Walmart retail store, as an example, provided a payment app that’s merged with its in-store payments and online orders for user’s delivery and pickup.

Recommended >>> Who Accepts Google Pay: How to Find Stores that Accept Google Pay