Did you know that Apple iPhone Pro Max Shows Minor Performance from AnTuTu Result? Yes, it is true. But have you heard of AnTuTu? If you are a tech lover or you just love anything new that comes to the market these days in terms of mobile phones and other devices. Then the chances that you have heard of this platform are very high. Well for those persons who have not heard of AnTuTu, here it is. AnTuTu is a Chinese software benchmarking tool commonly used to benchmark phones and other devices according to Wikipedia. In other words, this platform is a device rating platform. This platform is of course owned by the Chinese conglomerate cheetah mobile. 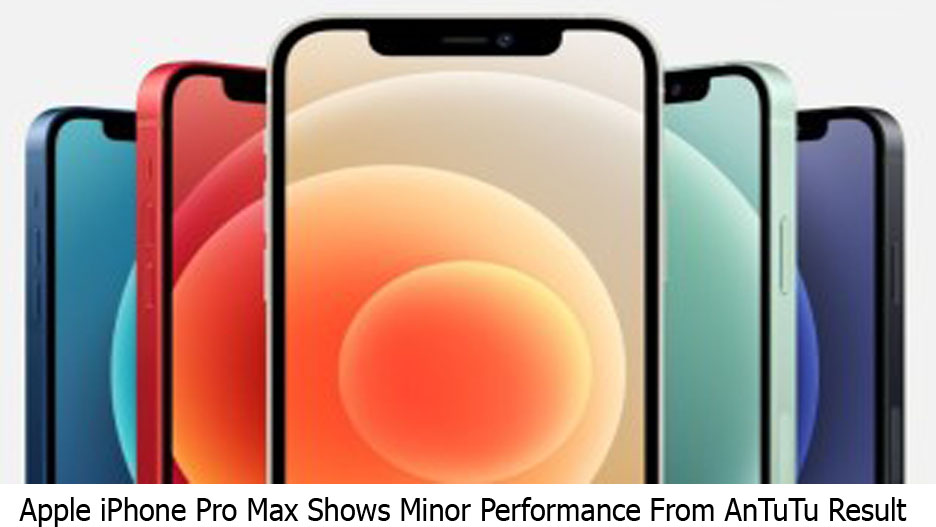 Everyone was expecting Apple to unveil new sets of iPhones during its September event. But unfortunately, this was not the case as apple unveiled other products such as the iPad and other apple watch series 6. The company apple however made a detailed review of the future of other mobile phones, the Apple A14 chipset. And based on the result on apples claims during the announcement. It is estimated that the yet to be launched Apple iPhone 12 will have a 17% faster CPU and 8% better GPU than previous apple iPhone devices. And based on results from the AnTuTu benchmarking platform, the results are close enough.

The AnTuTu benchmark run on the Apple iPhone 12 pro max reveals a 16% higher CPU score and a 4% better GPU result. In terms of memory speed. The result reveals a 22% gain which is also minor when compared to other individual results. Some users may even find the combined 572,333 points low when compared to the snapdragon 865+ android which is well above the 600,000 mark. With the announcement of the 5nm chipset. Many users were actually excited and expected much in the sense of performance leap. But unfortunately, this is not the case as the Apple iPhone 12 pro max only showed minor gains to its predecessors.

According to gsmarena.com, one of the best mobile phone reviews platforms on the net today; this can actually be explained with three very simple explanations. One of the reasons however being that apple may have prioritized battery performance or draw over outright performance. And in the process making the A14 consume less power while achieving at the same time the same performance as its predecessor.

Secondly, the almost 30% smaller process may have theoretically delivered an efficiency boost. But users should be more patient, as it may take some time until it is fully utilized ( the 5nm chipsets). Lastly, this altogether could just be an engineering sample and the final units and production can be far better.