Apple and Samsung Are still in control of The Smartphone Market. According to SlashGear, Canalys recently released its latest statistics for the smartphones market, and the analysis is great news for both Apple and Samsung. 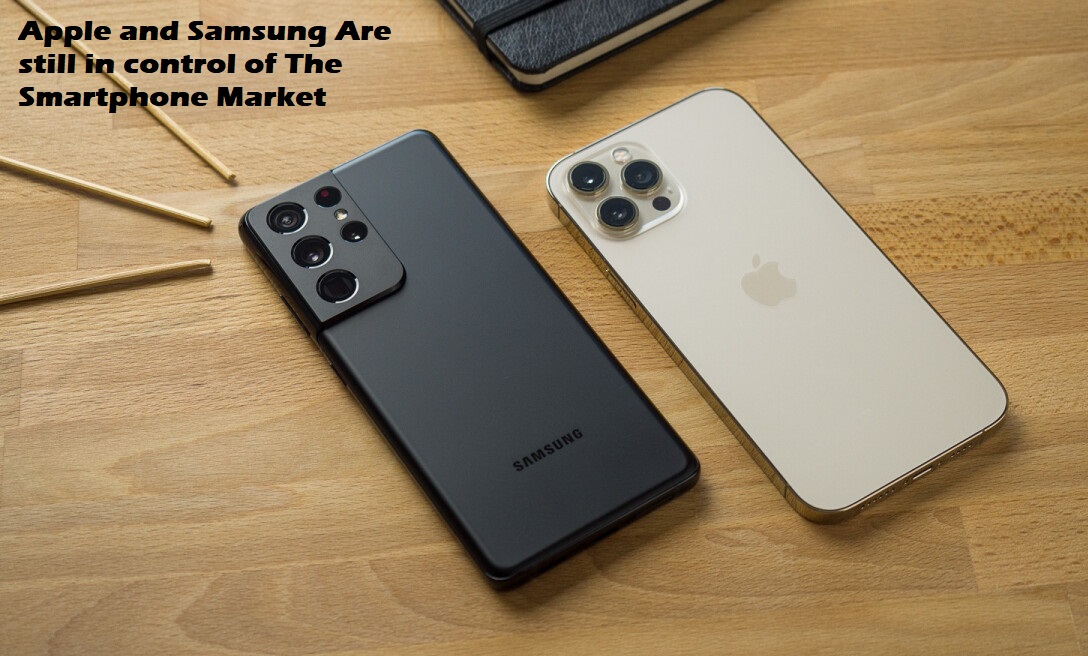 Apple came in first place with 22% when it comes to worldwide shipments n Q4 2021, while Samsung took second place with around 20%. Well, unfortunately for smartphone makers of other brands, there was a very big chasm between the top companies and the remaining of the market.

Apple and Samsung Are still in control of the Smartphone Market

In third place is Xiaomi in third place with around 12%, while Oppo in fourth place with 9% and Vivo came took the fifth position with around 8%. The major difference between the top two companies leaves us to wonder if any other smartphone would be able to rise and take their spots.

While some other companies have gotten quite close to dominating the market, there is still a number of challenges that they are required to overcome, and so far, it would not be an easy job for them.

The biggest benefit of Samsung and Apple is their branding. It doesn’t matter where you reside, Apple and Samsung are the world’s most recognized brands.

The recognition of the two brands is one of the biggest advantages the companies have, and this makes it easy for them to draw attention and market their latest models. As a matter of fact, it is not uncommon for the two brands to have a lot of people waiting to purchase new phones available on the day of release.

In contrast, a lot of smaller brands lack the name and the recognition or even the budget to easily gain. As a result, they get to even rely on the much larger events which include as CES, to Promote their products. Needless to say, the pandemic has been quite hard on such companies, as a lot of events have either had to get canceled or even altered significantly.

Another big problem that other smaller brand gets to encounter is matching the supply chain of Apple and Samsung. Based on their size, and the volume of products that the companies make, both of them get to secure their supply chain, and purchase up memory and components, to an amount the companies that are much smaller cannot do.

While this challenge can be something significant to overcome under the best circumstances, it is a much bigger challenge during this pandemic period when the global supply chain is already under pressure.

Huawei came quite close to taking the spot of Samsung and iPhone. But unfortunately, it soon found itself banned by the US, and its allies were forced to sell off part of its phone business, and cut off from its suppliers, both in software and hardware.

The issues with Huawei show another major challenge big companies would have to encounter in other to topple the two biggest smartphone companies. Based on various economic factors that include being where a lot of the world’s electronic devices get manufactured, Chinese companies have tangible competitive advantages over several companies elsewhere.

Whether fair or not, a lot of Chinese companies have often come under criticism for aiding Beijing in their spying efforts. To add, there have also been some well-documented cases of other Chinese companies stealing intellectual property from other companies that are operating in China.

It is these factors that bring about the mistrust of countries around the world and often lead to sanctions and bans that impede such companies’ chances to compete.