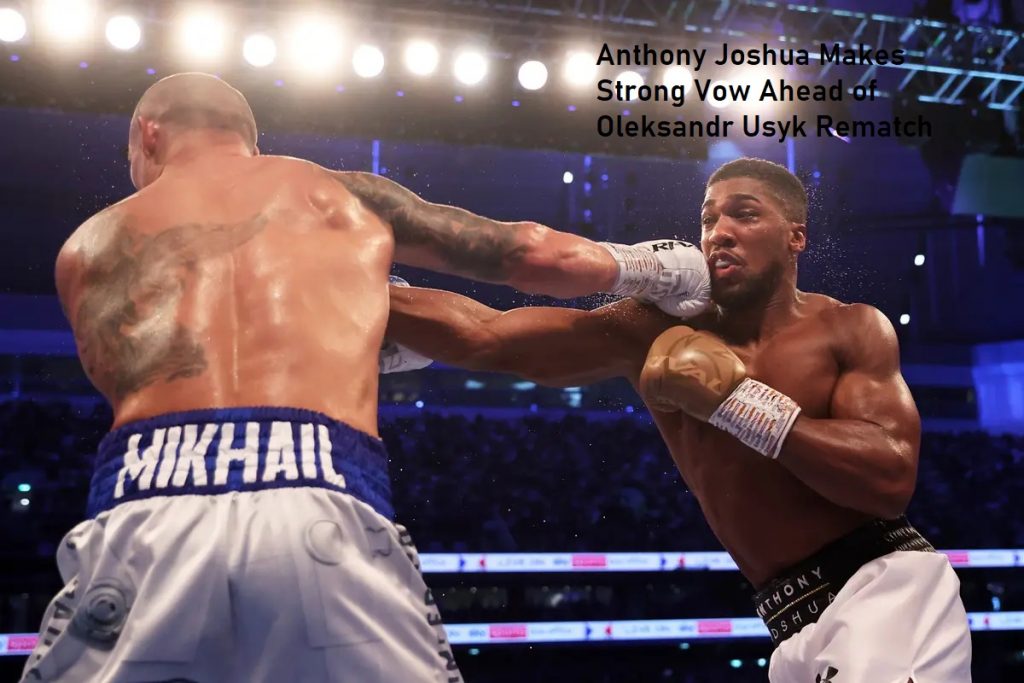 The former Brit champion lost his WBO, WBA, IBF, and IBO world heavyweight titles to the Ukrainian Oleksandr Usyk last September, but a rematch clause in the contract was immediately exercised and this was expected to happen in April of this year.

When addressing the lifestyle magazine Stuff, Joshua was defiant about his chances when taking on Usyk again.

“I’ve come up short twice, but the majority of times I have overcome many obstacles.

“And I’m going to reign again to become three-time heavyweight champion of the world – whether people like it or not.”

Dillian White and Anthony Joshua to Step Down.

The promoters, Eddie Hearn and Bob Arum were very open about the talks regarding Tyson Fury and Oleksandr Usyk fighting for the undisputed heavyweight title.

This will then mean that Dillian Whyte – Fury’s WBC mandatory – and Anthony Joshua – who was going to have a rematch with Usyk – would both have to step down and, presumably, for obscene amounts of money. Both fighters will be promoted by Hearn, too.

Although Anthony Joshua has stated that he is unwilling to step down, however, if the offer was too good to turn down, he might want to consider it.

One very complex thing to figure out by Hearn is who will face the winner of the fight, out of Joshua and Dillian white. It is going to be a very complex negotiation.

“It is total chaos,” Arum said when addressing talkSPORT.

“What’s happening is just promises coming out of the Middle East about doing a unified fight with Usyk and Fury, and is Dillian Whyte gonna step aside?

“And people that have absolutely no contractual ties – like Frank Warren’s Queensberry and our Top Rank do – are getting involved.

Even after this, Joshua has kept his due diligence, meeting new trainers for his showdown against Usyk.

Joshua still continues with his tour around America taking advice from the perspectives of different trainers. He believes he has to bring something new to the table if he wants to defeat Usyk in his upcoming rematch.