Android vs iOS: know the Difference. Talking about the two main Operating Systems (OS) used in mobile devices today are Android and iOS. Despite their usage of mobile technology, they have their own differences. These differences have brought up many arguments on which is better and now become more of a competition between them. I would call it a duel Android vs iOS and it’s so important you know the difference. Knowing the difference can go a long way in letting you make the right choice when trying to purchase your devices. 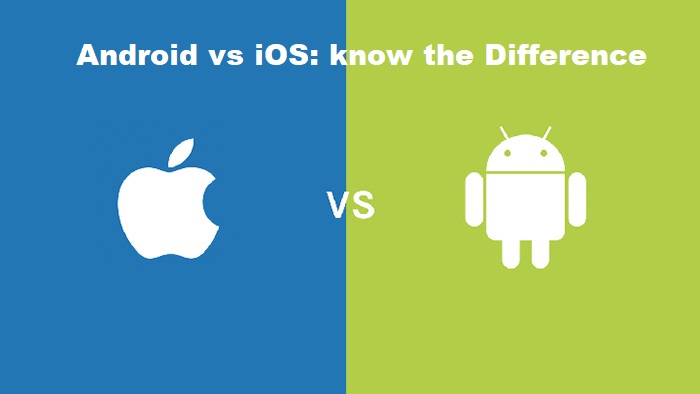 One thing to know for sure is that Android is actually the most used Operating System in the world as it is used by most phone manufacturers as iOS is only used on their Apple devices. Although, despite that fact, the debate never ends. An iOS user would tell you that iOS devices are the best in the world likewise an android user; all bringing their facts and reasons. This at times might result in searching through Google on Android vs iOS pros and cons or differences between android and iOS just to prove their point.

Android vs iOS: Know the Difference and Which is Better

It’s never going to end, this debate of which is better between Android and iOS. Several times in a year, these two giant OS come with different updates that are always unbelievable and people get overcome by amazement. Every year, they tend to bring what would never have thought could happen or develop something unique which is sort of a challenge between them. Although, there are lot of differences between android and iOS I would be highlighting a few but important ones:

It is so easy to transfer files when it comes to using android as they can be done using the USB cable or Android File Transfer desktop app or even 3rd party apps like Xender. Photos, videos, documents, apps, and other files can be easily be transferred to pc, hard drives, and other mobile devices. Unlike its other rival i.e. iOS, it’s so difficult when it comes to filing transferring as only photos can be transferred using the USB cable and media files iTunes desktop app and no other apps can be used.

Both OS uses any browser applications and can set any as default but iOS requires any other browser to use its own engine i.e. Safari or Webkit. Although both use another browser app, one thing is known for sure which is the fact that Google Chrome is more popular on android and Safari on iOS. Nevertheless, iOS still uses Google chrome and ad blocking is supported using this browser on both iOS and Android.

Apart from the Google App store which is known for android devices, they also allow the use of other 3rd party App stores such as Galaxy Apps, ApkPure, and others. Unlike iOS devices, 3rd party App Store is not given permission or blocked. You are only allowed to download from only Apple App Store but this can be maneuvered if it is rooted but it can cause a lot of problems to the devices after a long run.