As an Android Developer, you should be aware of the fact that Android is now preparing Developers for more upcoming Foldable Phones. For quite some time, Android itself would play only catch up to the design of the market, trends while the manufacturers carry out what they do best and fragment the ecosystem. 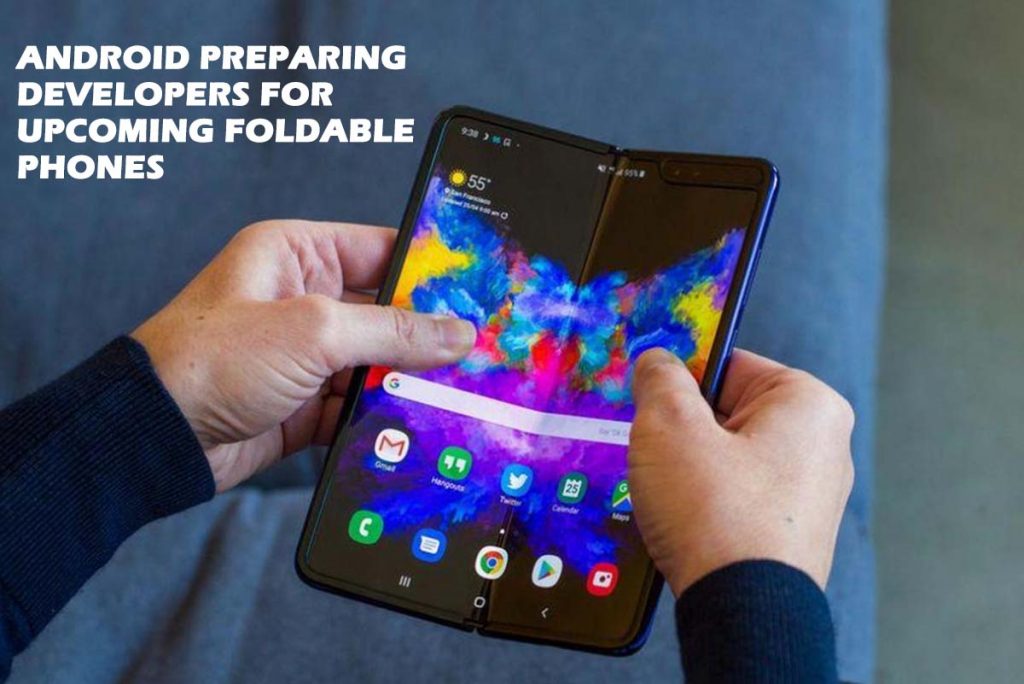 Now it looks as if Google has now taken an entirely different approach and it is not allowing those companies to get ahead of them when it comes to Foldable phones.

From the beginning, they collaborated with Samsung when they produced the first Galaxy Fold, and now they are expanding Android’s capabilities to handle devices with big screens and flexible screens.

Some of the points that it admittedly should have been there years for some years ago, long before the era of the foldable phone. Apps are expected to, for example, learn to take advantage of the larger screens with something like a slidingpanelayout while also allowing the apps to be controlled via the keyboard and mouse. At the same time, Google has decided to update Android’s UI components so that they would resize and adjust gracefully, no matter the size of the screen.

However, there have been some interesting new users’ experiences that are now being enabled by the foldable devices, like running two instances of the same app side by side and now allowing content to be dragged and dropped between those. Android would also be taking into account fold and hinges when present in other to avoid content falling under those non-viewable parts.

It is definitely good for you to see that Google is making Android support such use cases even when there are still not many foldable devices in the market. This could actually encourage some manufacturers in others to adopt that form factor, Knowing that the OS directly supports it rather than having to figure out how you can hack around the Fold.