AMD Ryzen 6000 laptop Chips Claim a 24-hour Battery. AMD has now announced its new Ryzen 6000 Series Mobile Processors at CES starting on Tuesday. Laptops featuring the new processors are set to launch later in 2022 and AMD claims that the batteries in the new processors could offer up to about 24 hours of battery life. 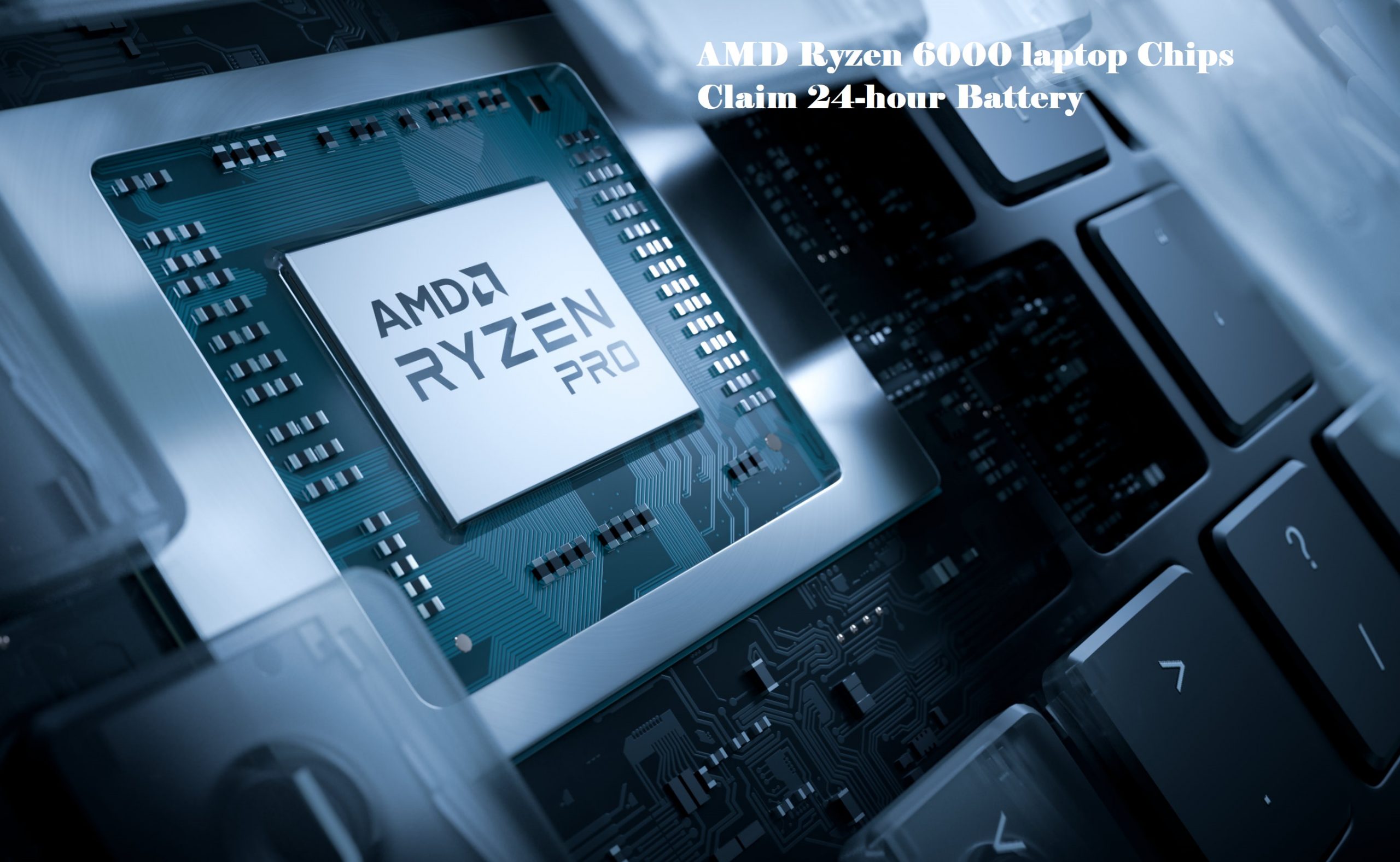 These claims happen to be intriguing especially when you get to consider that the average battery life of the current laptops can range from as low as two or three hours to seven or around eight hours on a single charge. AMD Says the claim is based on the battery life from idling, Video Playback, Standby mode, and some gaming versus the previous generation of mobile processors.

However, there happen to be some other interesting factors that you get to consider when looking at the battery life of a laptop, including the type of graphics card that the laptop would make use of, the type of power supply that it’s running, and the entire build quality of the product.

If AMD can deliver anything close to that 24-hour claim, though it would actually mean a huge leap forward for battery life in laptops as a whole. And this is a win for all laptop users.

The AMD Ryzen 6000 Series Mobile processors also happen to be notable as the very first currently to offer Microsoft Pluton security processors, taking out its competitors Qualcomm and Intel. This security chip designed to replace the TPM, is based on the security tech that was used to protect the latest Xbox games Consoles. Back in November, Microsoft stated that it was working with a lot of companies to bring pluton to their CPUs, including AMD.

The incredible new Mobile processor is AMD’s only work in progress. The company has also announced recently that its AMD Radeon RX 6500 XT, the newest graphics card to enter the lineup. The Radeon RX 6500 XT sports 64 texture units 1,024 stream processors, and 5.4 B transistors.

To add, it only offers 16 ray accelerators, and 16 compute units, along with a boost frequency of up to around 2.815 MHz and a Max 4GB of RAM. It’s not the most powerful card that AMD has put out, but it should offer solid FOS in a lot of today’s top games

The new Radeon RX 6500 XT is set apart is the use of the AMD’s RDNA 2 Architecture. This Amazing new GPU architecture remains the same as that featured in the PlayStation 5 and Xbox Series X, and it offers support for high-resolution features like ray-tracing and AMD’s Fidelity FX visual technology.

The TX 6500 XT is also making use of the AMD’s new Navi 24 GPU structure right on top of a 6nm node, as stated by Anandtech. The new desktop GPU has been set to launch on the 19 of January and will retail for just around $199 when it became available.

If you happen to be looking for a cheaper GPU option game to play at 1080p, then the RX 6500 XT could be a solid option. Of course, there still are some other budget-friendly options available out there, like the upcoming Nvidia RTX 3050, so be sure that you find something that works very well for you and offers the best performance and quality that you are looking for in a graphics card.