The OnePlus 7T OxygenOS 11 is now accommodated with the Always-on-Feature for users to make use of. OnePlus has always been proud of its Accomplishment despite the fact that it is a small company. They have managed to be more agile and flexible, in other to establish more intimate relationships with all their customers. They have taken risks that companies that are richer are afraid to take. 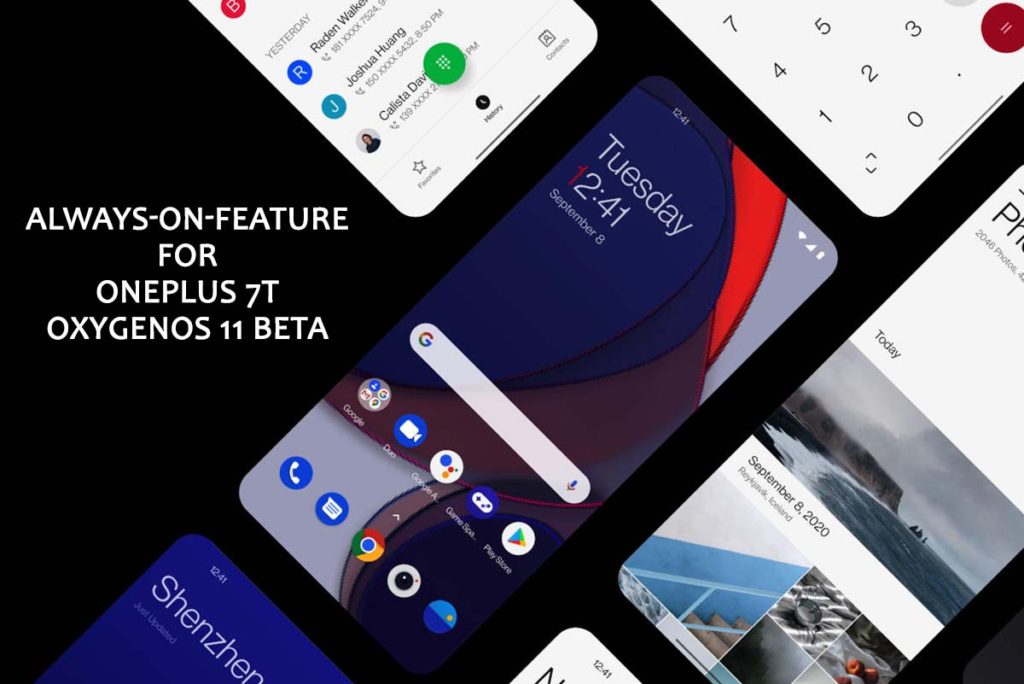 This also means that it may come with fewer resources. Most especially for things like developing its custom OxygenOS Android experience whose latest versions measure up to its older smartphones.  Fortunately for the 7Tpro and 7T owners, waiting might be worth it.

Despite their usual speed when it comes to rolling out Android updates, it seems that OnePlus has somewhat dropped the ball with Android 11 and Oxygen OS 11. Just this Monday, the Oneplus Nord received its update and before that, only the current Oneplus 8 series has been gifted with the update. The other remains stuck in Open Beta for at least two months now.

Recently, OnePlus Just announced Another Beta Release of OxygenOS 11, this time for the Oneplus 7T and 7T Pro. It came with the usual changelog of fixes since the last beta release but piunikaweb noticed one important bullet point that was missing. The OxygenOS 11 is supposed to bring an Always-on-Display or AOD. Which OnePlus brands as Always-on Ambient Display, but it was not found in the changelog.

Luckily, That might have just been a clerical error ever since the feature is was available on the OnePlus 7T, at least if you are part of that beta program. Those that were already on the beta would actually see AOD stated in the update, and not in the official forums. Given that the OnePlus 7 OxygenOS 11 Beta does have AOD stated, it would have been odd if the much-advanced Oneplus 7T did not receive it.

With that stated, the question is when would the stable version of OxygenOS come to the OnePlus 7 and OnePlus 7T series. The company’s schedule for the rollout so far and the fate of the OnePlus 6 and 6T as well as the OnePlus Nord N10 and N100 still remain unknown.