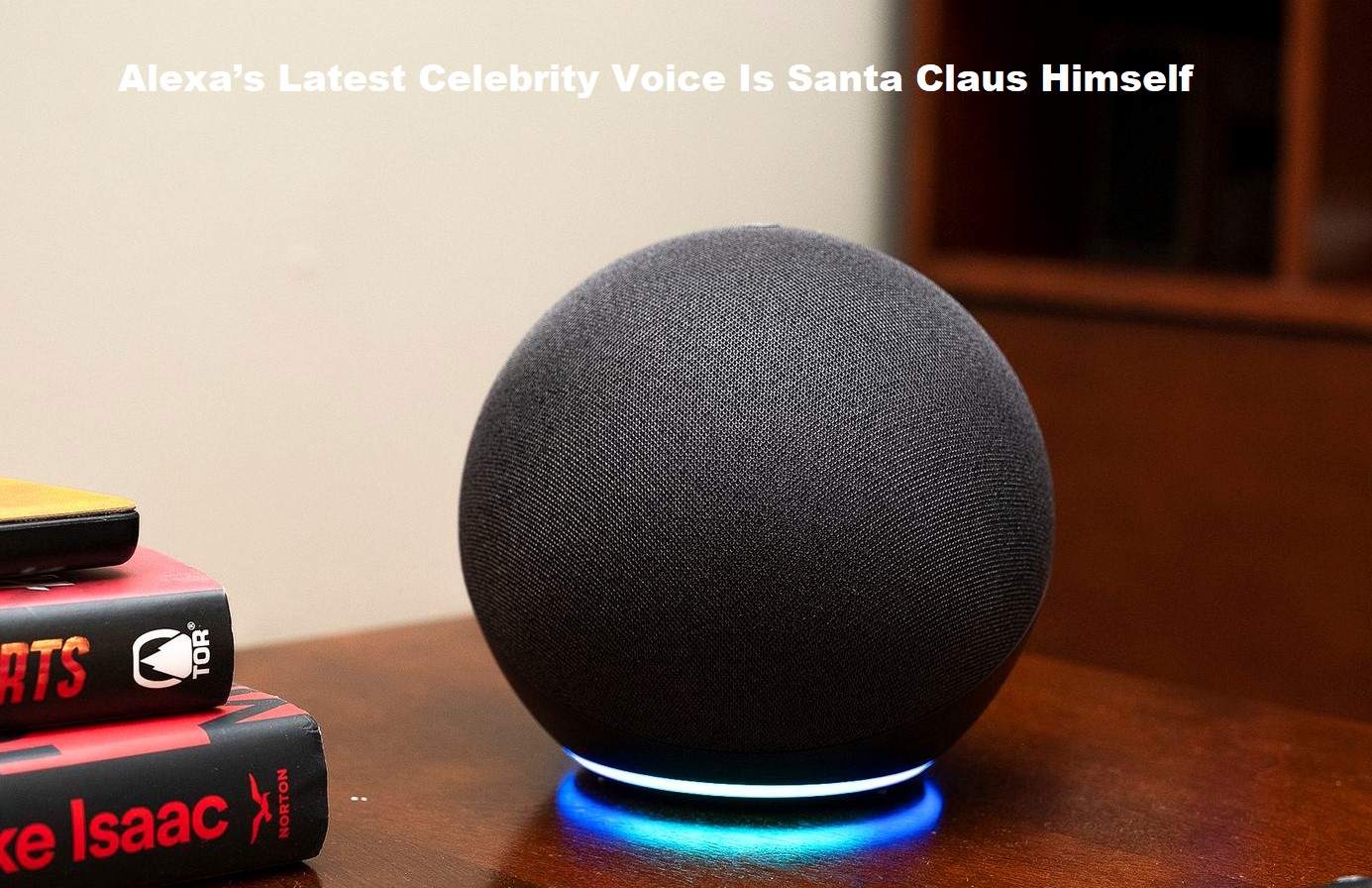 According to the verge, after enabling the skill with the command “Alexa, enable ‘Hey Santa,’” you can now ask St. Nick to sing songs, crack jokes, tell stories, or just even respond to typical Alexa commands like setting timers or even playing music in his more festive voice. Amazing right? It doesn’t end here.

Judging by the customer reviews left on the Alexa skill’s Amazon page, the feature appears to have been released earlier this month.

There are of course several Christmas-themed questions to ask Santa. Asking “Hey Santa, am I naughty or nice?” will prompt a series of questions to work out whether you’re getting presents or coal on the big day.

That’s not all; the big man will also happily tell you about his reindeer or favorite food when asked. Just preface a command with “Hey Santa” and Alexa will respond in the new voice.

Amazon Is No Stranger to Re-Skinning Alexa with New Voices

Most of us might be surprised by just how many typical Alexa commands the Santa voice is able to handle. It’ll happily recite Pi to over a dozen decimal places when asked, and can also play music from Spotify (trust me, hearing Santa say “This is Slipknot from Spotify” is hilarious).

There are limits Santa will happily flip a virtual coin but he won’t roll a virtual dice, for example but it’s easy enough to repeat command for Alexa.

Amazon is no stranger to re-skinning Alexa with new voices, and has previously drawn upon celebrities like Samuel L. Jackson, Shaq, and Melissa McCarthy.

Alexa is Amazon’s voice-based AI-powered digital assistant that powers an entire smart device ecosystem. The Alexa can be simply put to work by giving it the command. The Echo device uses speech recognition to perform the tasks or commands given by the user.

Alexa devices can stream music, control your smart gadgets, order items from Amazon and even integrate with IFTTT. While all of this is awesome, there is a whole world of third-party skills that can make Alexa even more useful. In fact, there are currently more than 70,000 skills.

With a simple voice command, Alexa can set alarms, reminders, play music, answer questions, search the internet, and control smart home devices. She can also tell you jokes, provide interesting facts, and even play games with you. This, however, is just a glimpse of Alexa’s capabilities.

How to Add Alexa to TV

Below is the guide to adding your Alexa to your TV;

There is no monthly fee to operate Alexa on Amazon Alexa-enabled devices. There are subscription services that you can buy which have monthly fees, such as Amazon Prime Services.