Nanoleaf is the brand behind the Shapes and Canvas smart light panels, but the newest member to its modular smart lights is taking a slightly different tack by going down the straight and narrow. 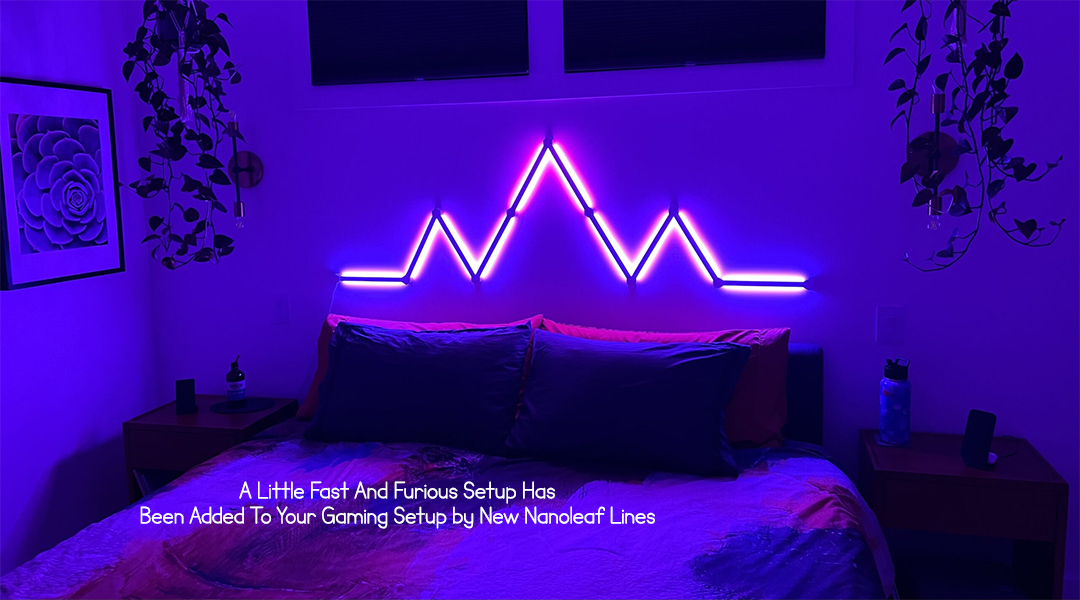 Rather than Nanoleaf’s usual light-up panels, the brand-new Nanoleaf Lines are flat, sleek sticks that use backlighting for an accent lighting appeal with a gamer aesthetic.

Just like the Nanoleaf Shapes and Canvas panels, the Lines join together, though this time they connect at a 60-degree angle on a hexagonal connector, lending themselves to slim geometric designs instead of a bold block of color.

Given that the Lines are thin and lightweight, you’ll also be able to install them on the ceiling using the mounting plates.

The company also says these bars have “dual-color zones”, so we expect that the backlit lighting should bleed together, using some 16 million color choices that Nanoleaf has on offer.

Nanoleaf is undoubtedly looking to appeal to gamers with the launch of Lines – the sticks come with 19 preset ‘scenes’ out of the box, with some called ‘PlayStation Chill’ and ‘Fortnite Storm’. And they work with Nanoleaf’s ‘screen mirror’ feature too.

Screen mirroring isn’t new to Nanoleaf, as it’s been available on the Shapes and recently been rolled out to the Essentials Lightstrip as well. The tech allows your lights to sync up to what’s being shown on screen, whether you’re watching a movie or you’re gaming on the computer.

Prices for the New Nanoleaf

According to TechRadar, there are no available prices for the new Nanoleaf Lines in the UK and US just yet, but they’ll be available for pre-order in Australia from October 15, with the prices in different ranges depends on what you want and can afford.