Xiaomi’s concept smart glasses with MicroLED display – recently, tech giants Xiaomi announced a pair of smart glasses called the Xiaomi smart glasses. And if these glasses actually exist, they would be better than Facebook’s ray-bans. 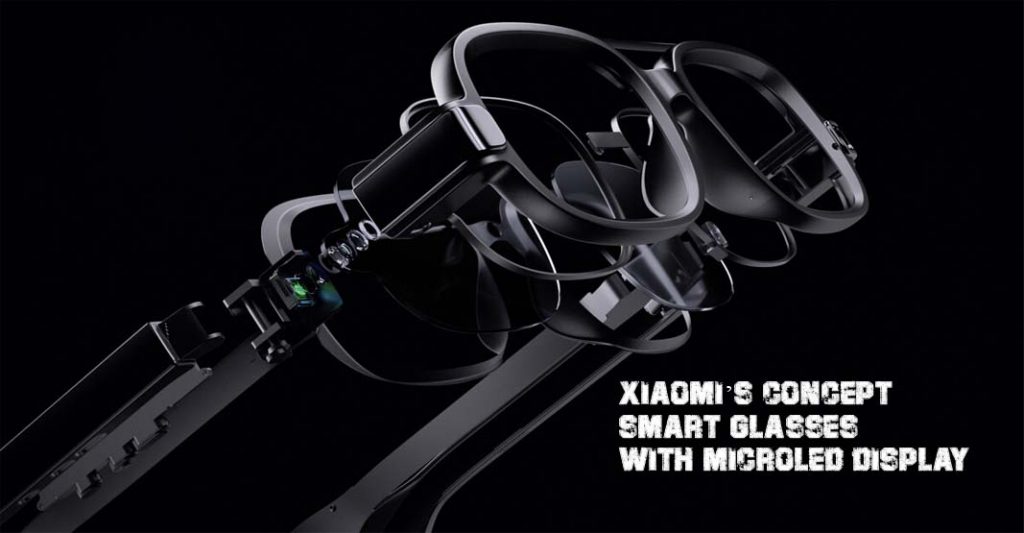 A spokesperson from the company recently told the verge in an official statement that there is no plan at the moment to put up these smartwatches on sale. But however the company has provided enough details to make the concept seem very possible, but at least some time in the future.

The concept smart glasses from Xiaomi have a conventional form factor no doubt. But unlike the Ray Bans story glasses from Facebook, these smart glasses actually have a display that can be used for AR features. Due to its higher pixel density and a longer life span feature and at the same time having a simple structure compared to OLED, Xiaomi says it went through with a MicroLED system. MicroLED allows for a compact display for the glasses and as well as an easier screen integration.

What is the function of this MicroLED feature then? This is a self-emissive display technology used and viewed widely as a natural successor to OLED. It remains very expensive and is only used in a handful of commercial products at the moment.

The display of this Xiaomi device is merely the size of a grain. Measured at 2.4mm x 2.02mm and it has a brightness peak of 2 million nits. It is reported that the light when it reaches your eyes will not be that bright. The reason for the extreme brightness is that it can still be visible in direct sunlight when it passes through an optical waveguide lens that refracts and redirects the light. Xiaomi cites makes use of cases like live translation, navigation, and notifications for its display.

The glasses are more like an independent device powered by android and the company even reports that it may one day replace your smartphone. You do not need to always connect your phone to it as you may not really need it. There is a quad-core arm processor, Wi-Fi and Bluetooth modules, a battery, five-megapixel cameras, and Wi-Fi and Bluetooth. The company says the device just weighs 51 grams.

When Will This Concept Be Available

As mentioned already in this post, these glasses are not yet available to the public and may not even be produced. With that being said you shouldn’t take everything the tech giants are saying about this. But on the other hand, the demonstration of this concept by Xiaomi shows that the company still wants to be considered as a major player in the AR space seeing that this is coming right after the Facebook announcement of its smart glasses and apples big event.