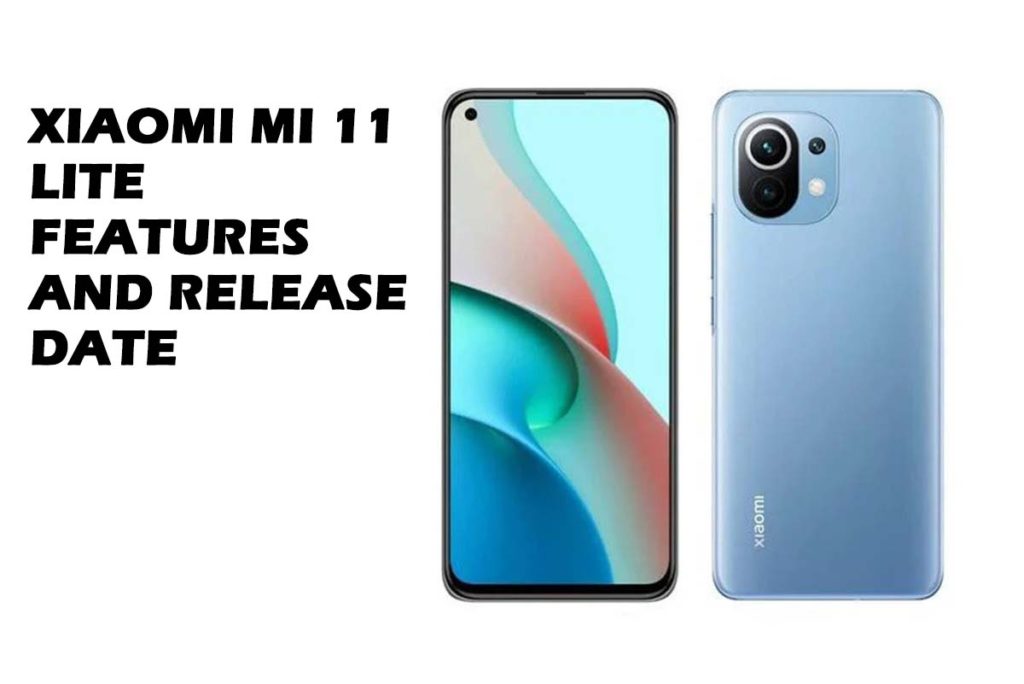 The Xiaomi Mi 11 was launched in early February but none of it came as proposed. Now, the Mi Lite 5G is now on its way. Xiaomi announced the launch event alongside the Mi 11 Ultra, this small-scale version of the Mi 11 is small. Its key selling point, other than being low-cost and 5G-connected, is its thin and light body.

There also happens to be some other amazing key specs too, and if you happen to be looking to purchase an affordable phone, it could be a great choice when it finally launches. We should clarify, that this is the Xiaomi Mi 11 Lite but the Xiaomi Mi 11 Lite 5G’ – the former smartphone is different in a few key ways (not just by lacking 5G) and it is not coming to a lot of regions.  Below is Xiaomi Mi 11 Lite Features and Release Date, and every other detail of the smartphone.

Here are some basic details that you need to know about the Xiaomi Mi 11 Lite.

The Xiaomi Mi 11 Lite was not accommodated with its vanilla siblings on February 8, as a lot of people expected, but it did make an appearance at a follow-up product that was launched in March.

Xiaomi did not confirm the official release date for the smartphone at the event but suggested that the Mi 11 Lite 5G would be coming globally in late April.

No Specific price has been stated yet since Xiaomi likes to reserve disclosing their device price until a few days or weeks before the release. But, we can take a really rough guess given the brand’s history with affordable flagship variants.

The cost of the Xiaomi 10T Lite cost £299 (roughly $400 / AU$540), and that’s the lightest ‘Lite-version-flagship-phone’ the company produced, so it’s a great indicator of the rough price that we would find when the Xiaomi Mi 11 Lite 5G arrive.

To begin with, it is worth clarifying that the Xiaomi Mi 11 Lite 5G is a vastly different smartphone from its 4G equivalent. The former would be available widely, and might even cost more, and comes packed with superior specs.

The smartphone is accommodated with a Qualcomm Snapdragon 780G chipset – the first device to make use of this new mid-range 5G processor, that boasts of the same 5nm processing technology as the powerful Snapdragon 888. It would also arrive in two different variants; one coming with 6GB of RAM and 128Gb storage capacity, and another coming with 8GB RAM.

Mi 11 5G Lite comes with a 6.55” AMOLED DotDisplay (with 2400 x 1080 resolution) and 10-bit Truecolor technology, which Xiaomi stated that they would offer an impressive 1.07 billion onscreen colors – 64 times that of the Xiaomi Mi 10. The phone would have a refresh rate of 90Hz, and sports protection from the Gorilla Glass 6.

Design-wise, the Mi 11 5G Lite looks almost identical to the standard Mi 11, just with a flat-screen and slightly bigger (albeit very thin) bezels. It would be available in Truffle Black, mint Green and citrus yellow color option, and it boasts of a thickness dimension of just 6.81mm and an ultra-lightweight of 159g.

Concerning its cameras, the Mi 11 5G lite has a triple rear camera array that consists of a 64MP main camera, an 8MP ultra-wide-angle camera, and a 5MP telemacro camera. The wide-angle camera and the front sensor -a 20MP selfie camera have been optimized for Low-light conditions with the Night Mode, as stated by Xiaomi. The phone would also come with a selection of new video modes and filters that would easily allow for pro-level video capture.

The Mi 11 5G would also pack a 4250mAh battery and 33W fast charging capacity, which as stated by Xiaomi Says would offer a much robust shield from battery anxiety no matter what whether you work or play.