Windows 11 Preview Launched – The first Windows 11 preview has been launched by Microsoft and early official look of Microsoft’s latest OS. This preview came amid lingering uncertainty and confusion about just would be able to actually upgrade come the full windows 11 release day, with the existing PC owners left bemused by Microsoft’s Somewhat opaque upgrade checker. 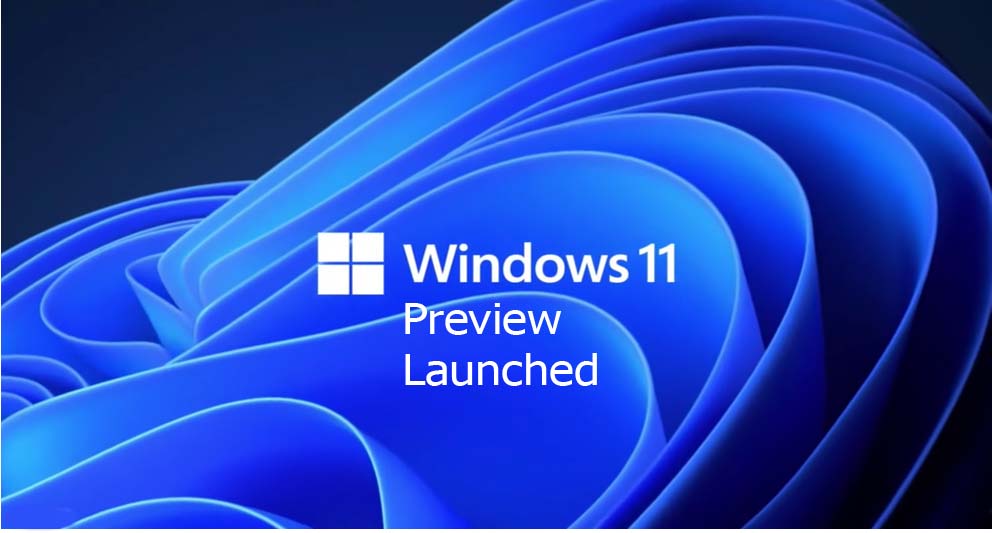 If you are looking forward to trying out the new Windows 11 preview (build 22000.51) is now available for download. You would also need to be free in the windows insider’s program for you to be able to access it.

Unsurprisingly, With Microsoft still having some time before it plans to release Windows 11 fully, this preview is not the complete feature. Still, it happens to be more than enough for you to start with. There is the new Start menu and the revamped Microsoft Store, for example, together with a new version of the File Explorer.

Some of the multitasking features, That Microsoft happens to focus on Specifically during its unveil event last week. Also happens to be present in the first preview build. Also, there are some new themes – which include the amazing new windows 11 wallpaper and icon set as a part of the Captured Motion, Flow, Glow, and Sunrise. And with that, the light mode and dark mode options. Custom sounds have also been added.

The new interface gets rounded corners and animations that have been updated, with content now centered on the screen. The revamped Start menu possesses a section created for pinned apps.

And among that is a cloud-powered “Recommended” section, that would pull together not just the only files that you have used on the PC, but also on other devices signed right into the same account on Microsoft.

The Taskbar is centered and supports pinning apps, switching between them, and rearranging them. In the lower right corner, there is a button for the notification center and the quick settings panel.

For Widgets, you can click the icon, Swipe from that left making use of the touch, or hit WIN + W to get the panel out from the side of the screen. At the moment, there are widgets meant for:

What you would not be playing with is the Android App support. The Android app support is still a work in progress.

At this point, there are more than like to be some bugs out there. The entire advice is to carry out a full backup of your system right before you install the windows 11 preview. And preferably, make use of a non-mission-critical PC if you need to gain access to one. That was, if something went wrong, you won’t get left without access to all your important files just as you try to fix it.