In this article, you get to know why Windows 11 can give you another reason to choose Android over iOS. Microsoft has teased an update for Windows 11 that will contribute towards the company’s ambition to create closer ties between its new operating system and Android devices. 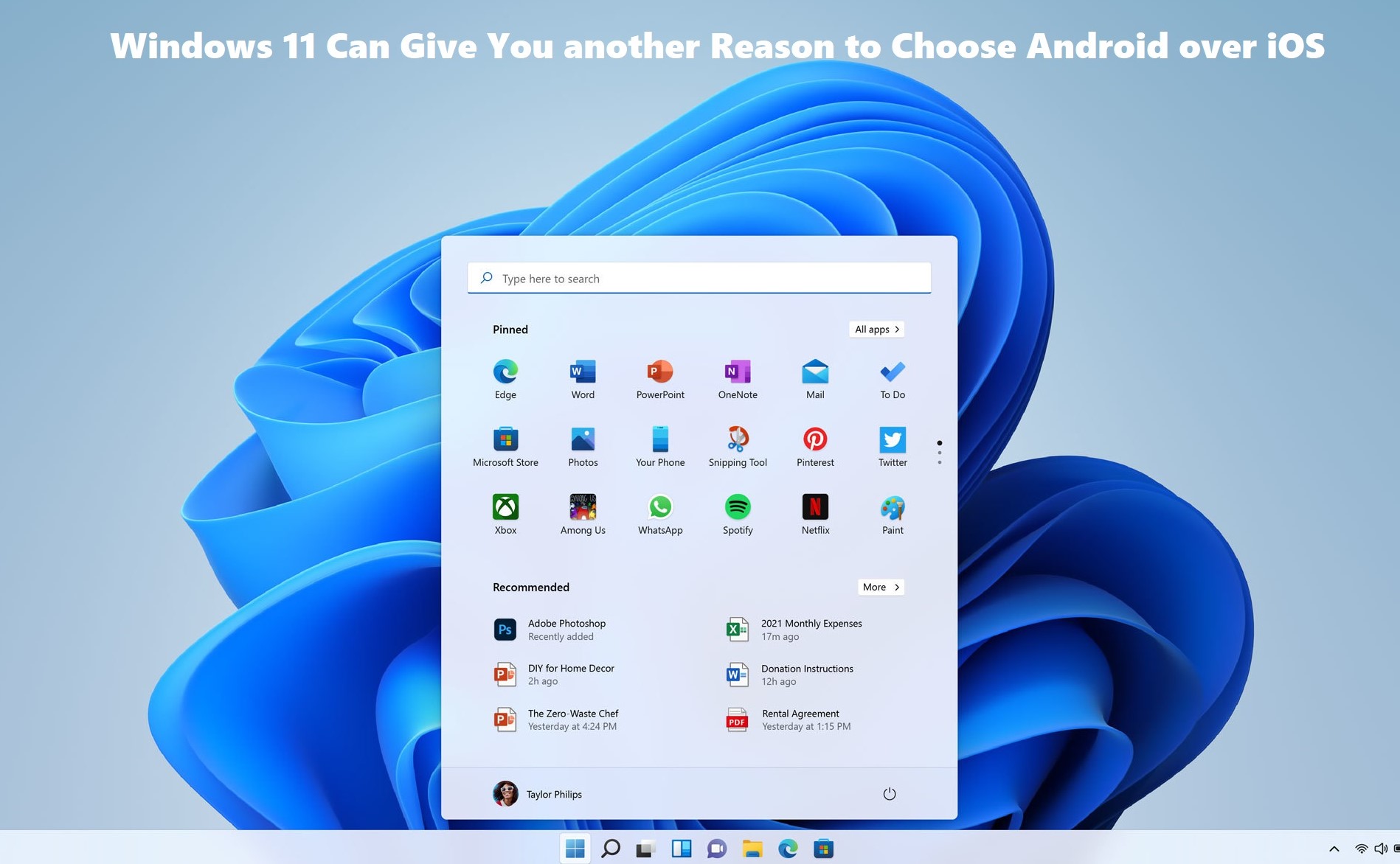 According to TechRadar, at its recent Surface event, the company briefly showcased a new version of the Your Phone app, which lets users hook up their Android smartphone to their PC in order to access messages, notifications, and more.

Like Microsoft’s other Windows apps (Calendar, Mail, Snipping Tool, etc.), Your Phone is getting a new lick of paint for Windows 11, as well as an interface update that puts the notification panel front-and-center.

Still on what Windows 11 has to offer over iOS. Although Your Phone update doesn’t appear to offer any fresh functionality, it will bring the app in line with the new Windows 11 aesthetic, characterized by rounded corners and a soft color palette.

The interface is also new, with the notifications feed pinned to the left-hand panel and the navigation bar (where users can access messages, photos, apps, and calls tabs) tucked away at the top of the window.

The effect is a much cleaner and less cluttered feel, with easier access to important notifications, which are concealed behind a tab in the current version.

Historically, Apple has always held the lead when it comes to synergies between PCs and mobile devices; the benefits of the ecosystem the company has created both make it more likely a person will own multiple Apple devices and less likely they will look elsewhere for future purchases.

The Your PC app attempts to offer some of the same benefits to Windows users who own Android devices, allowing them to access messages and make calls without having to reach into their pocket.

Windows 11 was unveiled at Microsoft’s big event on June 24, with a confirmed release date of October 5, there are many features that justify the jump in numbering from 10 to 11.

Showcasing the Fluent design language and more, the new upgrade can also be tried out on the Insider channels, ready to download and use on machines that meet the minimum requirements.

There is also a huge redesign of the Microsoft Store, allowing Android apps from the Amazon App Store to be used, so you can download TikTok and other apps if you wish.

Microsoft confirmed that Windows 11 is launching on October 5 as a free upgrade, with eligible devices being notified from them on. There are already laptops that are going to be launching with Windows 11, with vendors such as Huawei agreeing on a deal with Microsoft to launch new laptops with the latest upgrade of Windows.

There’s been a lot of discussion as to which devices are eligible for Windows 11. Regardless of the TPM requirement, others are simply wondering if they need to look to upgrade their PC or laptop soon. Below is the list of some of the specs of Windows 11;

Although Windows 11 and Android devices will likely never work in concert in quite the same way as an iPhone and Mac, Microsoft is at least working to close the gap. You can get more details by simply clicking here.