So this article is about what we must have learned about the Facebook’s AR Glasses. At the Facebook Reality Labs (FRL) Research, they are building an interface for AR that won’t force us to choose between interacting with our devices and the world around us. 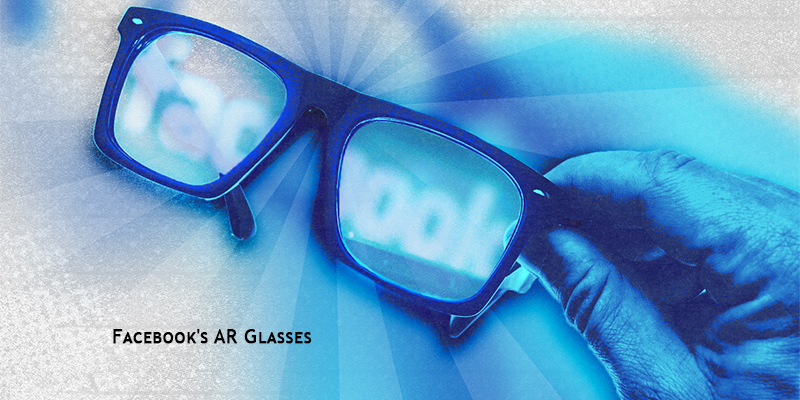 They also claimed to be developing natural and intuitive ways to interact with always-available AR glasses because they believe this will transform the way we connect with people far and near.

“Imagine a world where we are being able to teleport anywhere in the world to have shared experiences with the people who matter most in our life no matter where they may be,” according to the words of Andrew Bosworth, who leads the FRL.

“That’s the promise of AR glasses. It’s a fusion of the real world and the virtual world in a way that fundamentally improves daily life for the better.”

To say that Facebook’s Project Aria AR glasses were never intended for consumers would be an understatement. Facebook does not even consider them a prototype. And they are not, and may never be, available for purchase.

Instead, Facebook has always described them as a way for its employees to study and test augmented reality tech. Though Facebook’s announcement at that time made clear the company’s intentions, it was light on details about how the glasses would actually work.

Now, nearly a year, after the initial launch, a series of regulatory documents is giving us a belated first peek inside. In a user manual first reported by Protocol, we learn that this specific device goes by the codename Gemini EVT, with EVT being an abbreviation for “engineering valuation test.”

Not standalone, but phone accessories

Facebook has already suggested that these glasses are made to work with phones, much like many smart glasses Qualcomm has been promising will start rolling in over the next few years. But those Qualcomm glasses are AR, and use cables to transfer video data. Here, it’s likely (at least if they don’t have displays), they’ll work wirelessly.

Will they have cameras?

Facebook is still working out its privacy policy on wearable cameras. While camera data isn’t shared on Oculus Quest virtual reality headsets, I don’t know whether Facebook would go down a Snap Spectacle-like road with camera glasses. Not confirmed yet.

In order to build a human-centered interface for AR that can be used practically in our everyday life. Our privacy, security, and safety must be considered fundamental research questions that underlie all of our examinations in wrist-based interaction.

They also create an opportunity for us to ask how they can help people make informed decisions about their AR interaction experience. In other words, how do they enable people to create meaningful boundaries between themselves and their devices?

A world of possibilities

With sensors on your wrist, you can interact with virtual objects or control the ambiance of your living room in a nearly frictionless way. And not being born without a hand won’t be a hindrance as you can even learn to operate a virtual one.

“We limit our creativity, our agency, and our actions in the world based on what we think are possible,” says Reardon. “Being able to do more, faster, and therefore experiment more, create more, explore more that’s at the heart of the next computing platform.” You can get more details from this link.