From this moment, the entire website address would no longer be hidden by chrome, which is great for users. as the most useful web browser maker, Google has possessed both a moral and even legal obligation to protect user’s privacy and security. 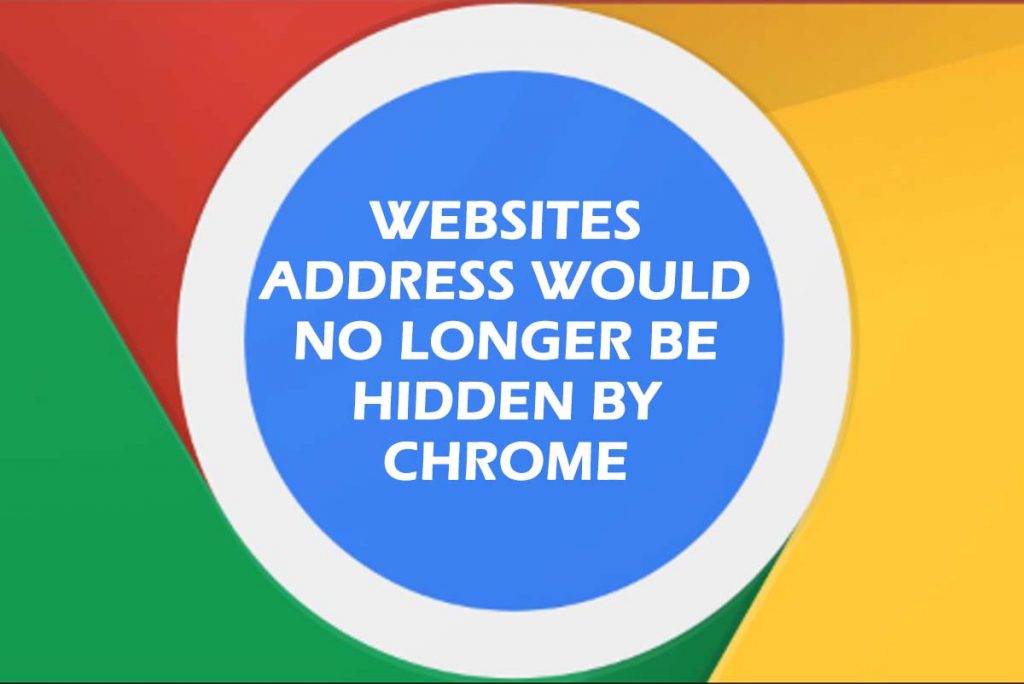 The thing is, not all its efforts have been accepted easily, but as shown by Privacy Sandbox and FLoC, short for federated learning of Cohorts, even before that, However, google has trying it best to take out phishing scams by trying to bring more modification to what users see on Chrome’s address bar. It later turns out that that strategy was not the best, and did not deliver as it presumed and Google is now backtracking on the position it strongly defended as of last year.

Websites Address Would no longer be hidden by Chrome

Tons of phishing scams now depend on the people’s tendency not to double-check things, whether it is the number that is calling them or the address that is owned by the website. The latter can be much trickier when phishing sites try to make use of URLs or addresses that would look or even sound as close as the original, make use of extra-long strings of text or deter inspection, or use other tricks to hide the true source. Google’s proposed solution to the issue was to hide those URLs altogether and only now display the real domain name of the web page.

As of last year, Google decided to start the experiment where it would hide all their domain name of the site with the hope that it would, in turn, help the users easily distinguish “google.com” from “gooogle.com”. this option is a much tamer option compared to an even older proposal where chrome would not even show URLs but only search terms. That of course, presumed that everyone makes use of the address bars directly searching Google or other web engines.

Now Google has decided to end this “simplified domain experiment”, which basically means it would no longer land on end-users Chrome browsers. It just simply stated that the strategy did not move relevant security metrics, which happens to probably be another way of saying that it was not actually very effective when it comes to combating spoofing sites. Probably, there is a much bigger risk that people would not give the much-simplified URL a second look because it actually looked a lot more legit and simpler.

Beyond doubting the effectiveness of the solution, however, Google has also gotten criticized for favoring their own apps and services via this strategy. In particular, it would have hidden Google’s AMP pages right from plain sight, or even driving tons of more traffic to Google’s servers rather than the source provided by those sites.