Facebook’s move to buy Giphy seems to be on the line as UK Regulator says Facebook Should not be Allowed to Buy Giphy. About a few months ago, Facebook mentioned that it was buying the popular GIF search engine Giphy for about four hundred million dollars ($400, 000, 000). 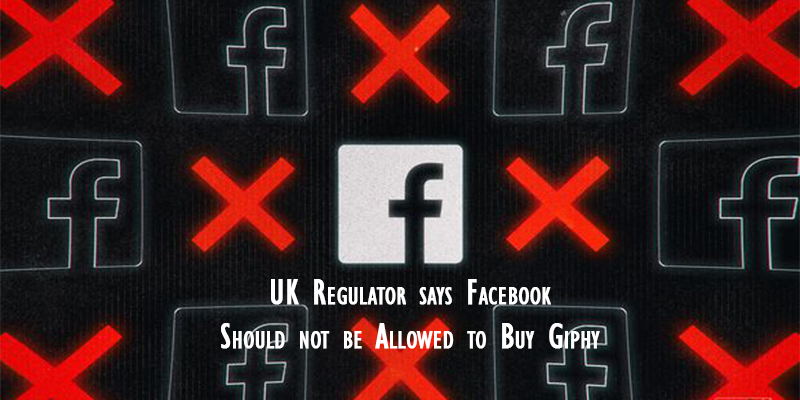 This buy for Facebook may be a bust as the antitrust probe by the UK’s Competition and Markets Authority made a comment that appears to support the fact that the platform should not be sold to Facebook.

UK Regulator says Facebook Should not be Allowed to Buy Giphy

According to information found in a preliminary findings report, UK’s Competition and Markets Authority states that the deal should be unwound because it is going to negatively impact the competition between social media platforms. The main reason for wanting to block the deal was also stated by the CMA. Keep reading to find out more.

The UK’s Competition and Markets Authority reason for wanting to block the deal in quote is as follows.

“Millions of posts every day on social media sites now include a GIF. Any reduction in the choice or quality of these GIFs could significantly affect how people use these sites and whether or not they switch to a different platform, such as Facebook.

As most major social media sites that compete with Facebook use Giphy GIFs, and there is only one other large provider of GIFs – Google’s Tenor – these platforms have very little choice.

The CMA provisionally found that Facebook’s ownership of Giphy could lead it to deny other platforms access to its GIFs. Alternatively, it could change the terms of this access – for example, Facebook could require Giphy customers, such as TikTok, Twitter, and Snapchat, to provide more user data in order to access Giphy GIFs. Such actions could increase Facebook’s market power, which is already significant.”

The Argument Made by CMA

The UK’s Competition and Markets Authority argues the fact the Giphy was in the process of building an ads network that could very well competed with Facebook’s. In this argument, however, they put aside the fact that someone could switch to using Facebook because of GIFs. UK’s CMA claims that Facebook made Giphy put an end to those plans after it announced the deal hence reducing competition in the marketplace.