UCLA also known as the University of California, Los Angeles is a public land grant university that was founded in the year 1919. Despite this, UCLA branches back all the way to 1882 as the southern branch of California state normal school (now known as San Jose State University). 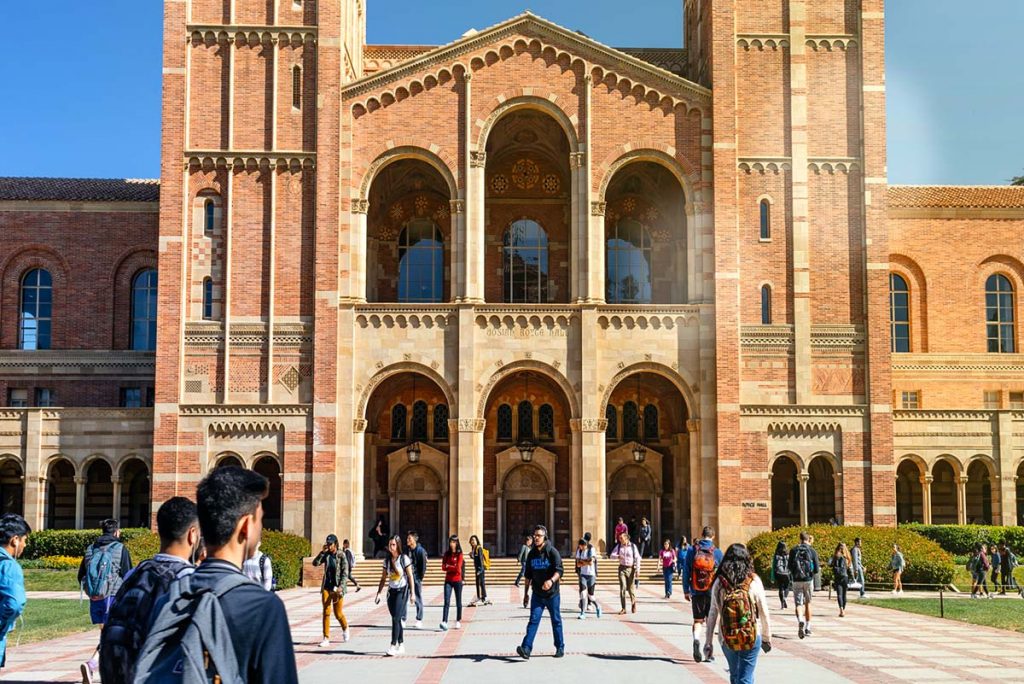 The setting of this university is urban and has a campus size of 419 acres. It also makes use of a quarter-based academic calendar.

The University of California, Los Angeles is listed for multiple rankings in 2021. These rankings are based on overall performance and a set of widely accepted excellence indicators. Here are the university standings in ranks.

You can see the complete list of overall rankings here.

This university is very selective with an acceptance rate of about twelve percent. Half of all the applicants admitted into this university have an SAT score usually between 1280 to 1530 or an Act score of 27 to 34.

However, statistics show that a quarter of these applicants achieved scores above these ranges and the other half scored below these ranges. The application deadline for this university is Nov. 30th and the fee is $70.

The student-faculty ratio in this university is 18:1. The school also has 50% of its classes with less than 20 students. Also, the most popular majors include social sciences, biological and biomedical sciences, psychology, engineering, and mathematics, and statistics.

I’m quite sure you or your kid would love this school. The academic life of students is also amazing. This school has a gender distribution of 42% males students and 58% of female students. 48% of the total students live in college-owned, affiliated, or operated housing. The other 52% of students live off-campus. The official UCLA website can be accessed here.