I know like me you are wondering how Uber could turn a profit this quarter, well read on. According to THEVERGE, Uber says it may be profitable this quarter for the first time in its history. The disclosure came in a new filing made with the US Securities and Exchange Commission. 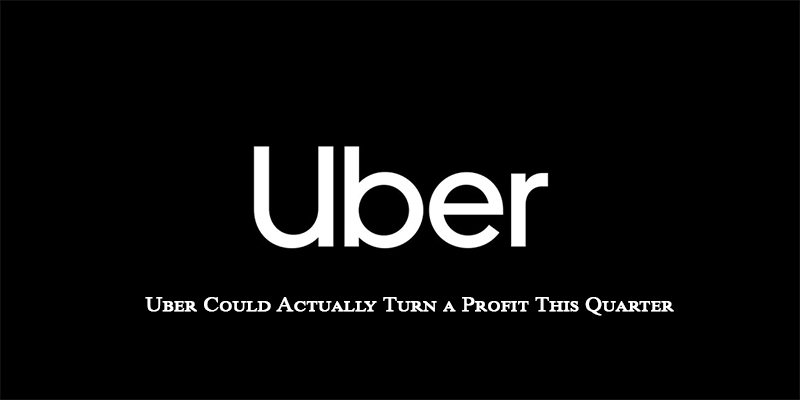 Whereas the company previously expected to make a net loss of under $100 million, it now believes it could make an adjusted profit of up to $25 million.

“We believe Uber is now tracking towards Adjusted EBITDA [earnings before interest, tax, depreciation, and amortization breakeven in Q3, well ahead of our prior guidance,” said the company’s CFO, Nelson Chai, in the filing. In a worst-case scenario, the company cautions that it could still make a loss of $25 million.

Uber Could Actually Turn a Profit This Quarter

A lot of people still doubt Uber could make any profit this quarter. However, criticism has been leveled at the way Uber calculated its adjusted profits.

Gizmodo notes that the company’s definition of EBITDA includes an unusually large list of exclusions, and argues it’s not an accurate measure of the company’s overall profitability.

Nevertheless, Uber shareholders were pleased, with the stock closing up 11 percent on the updated forecast.

“They say that crisis breeds opportunity and that’s certainly been true of Uber during the last 18 months,” CEO Dara Khosrowshahi said, adding that the quarter could prove to be an “important milestone” for the company.

Opportunity from the Crisis

“They say that crisis breeds opportunity” It would certainly be an important milestone for Khosrowshahi, who took over as CEO in 2017 and has steered the company through a pandemic that rocked its core ride-hailing business as people drastically cut back on their travel.

In May last year, the company reported that its ride-hailing business suffered an 80 percent drop, contributing to a $2.9 billion quarterly loss for the company. In response, Khosrowshahi laid off thousands of employees. Uber also sold off its self-driving car unit at the end of last year.

However, with the easing of lockdown restrictions around the world, demand for Uber’s ride-hailing business has started to recover, resulting in an acute driver shortage earlier this year. Meanwhile, the company’s food-delivery business, while still unprofitable overall, has boomed over the course of the pandemic.

The Wall Street Journal notes, that Uber has posted a rare net profit in the past due to one-time investments and divestitures. But this could be the first time its core operations turn a net profit since its founding over a decade ago.

A Financial Times report from June said that Uber’s total losses since its founding in 2009 measured over $22 billion. Its main US rival, Lyft, posted an adjusted profit in the second quarter of this year. You can get more details on Uber making a profit this quarter here.