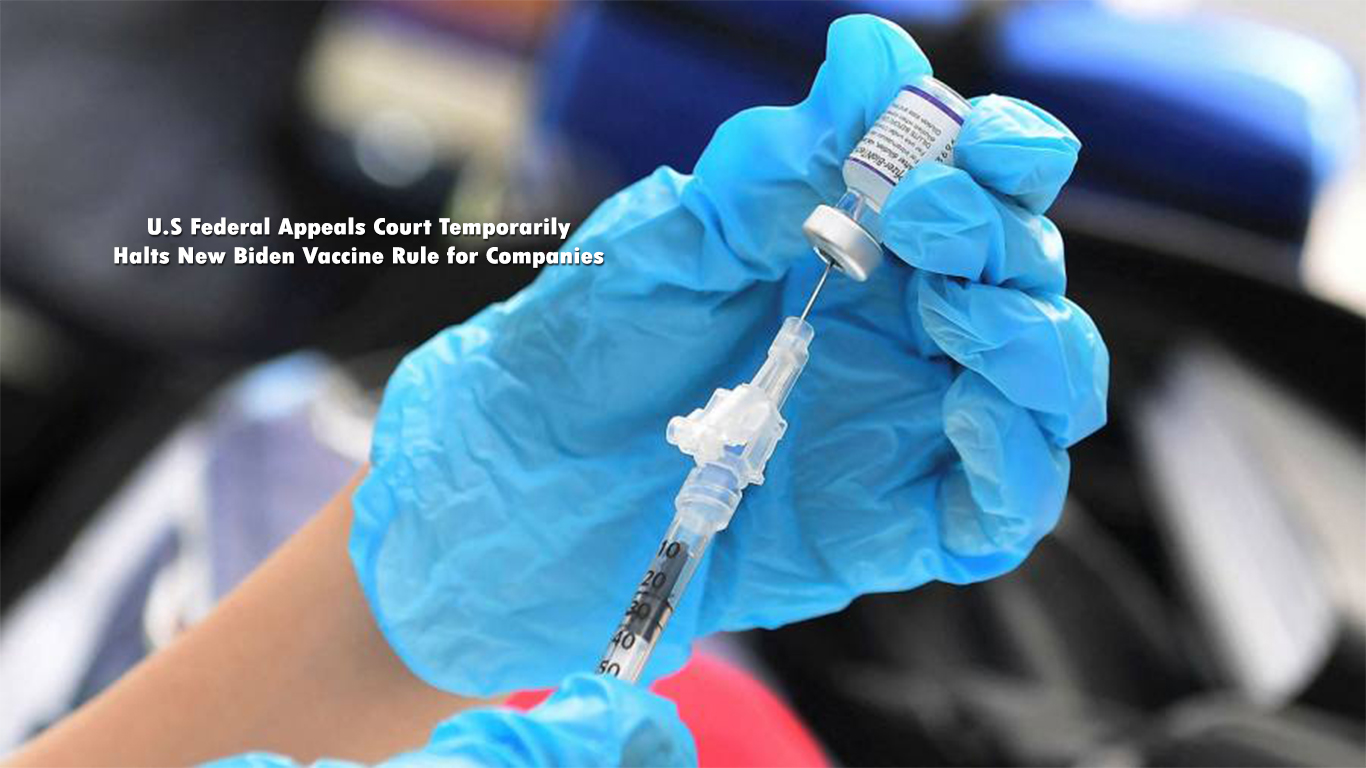 The Republican attorney general of Texas, South Carolina, Louisiana, Mississippi, and Utah, as well as several private companies, filed petitions on Friday challenging the mandate in the U.S. 5th Circuit Court of Appeals.

According to CNBC, the court on Saturday ordered the vaccine and testing requirements halted pending review “because the petitions give cause to believe there are grave statutory and constitutional issues with the Mandate.”

The three judges who issued the order – Stuart Kyle Duncan, Kurt Damian Englehardt, and Edith Hollan Jones – were appointed by former Presidents Donald Trump and Ronald Reagan. The Biden administration has until Monday evening to respond.

Labor Department Ready to Defend the Standard in Court

The Labor Department’s top lawyer, Seema Nanda, said the administration is “fully prepared to defend this standard in court.”

The Occupational Safety and Health Administration, which polices workplace safety for the Labor Department, developed the vaccine and testing requirements under emergency authority that allows the agency to shortcut the process to issue workplace safety standards, which normally take years.

“The Occupational Safety and Health Act explicitly gives OSHA the authority to act quickly in an emergency where the agency finds that workers are subjected to a grave danger and a new standard is necessary to protect them,” Nanda said in a statement Friday after the Republican attorneys general and companies filed their challenge.

Under the mandates, companies with 100 or more employees must ensure their staff has received the shots necessary for full vaccination by Jan. 4.

Texas Attorney General Ken Paxton, in a statement Friday, called the vaccine mandate “a breathtaking abuse of federal power,” arguing that it is “flatly unconstitutional.” Paxton said the mandate goes beyond the “limited power and specific responsibilities” of OSHA.

In their petition to halt the mandates, several companies that operate in Texas challenged OSHA’s authority to issue emergency workplace safety standards.

Arguing that, it is an unconstitutional delegation of legislative authority to the executive branch. OSHA’s emergency authority was established by Congress.

The companies Burnett Specialists, Choice Staffing, and Staff Force also argued that the requirements put them in the position of either violating federal regulations or Texas state law.

They also said the mandates would result in irreparable harm, including fines for possible non-compliance as well as the loss of employees to smaller companies who are not covered by the mandates.