Tyler Perry the Oval is a television series that helps explains how the people in power placed a family in the White House while also highlighting the personal side and the everyday life activities of the staff that run the inner workings of the country’s most anticipated residence.

This show is loved by many as it tries to portray the mask wore by people to show to the public but inside their lives are filled with ups and downs. The show also talks about the president’s family, what threatens their security and livelihood. The audio language is in English and it is also in English subtitle. 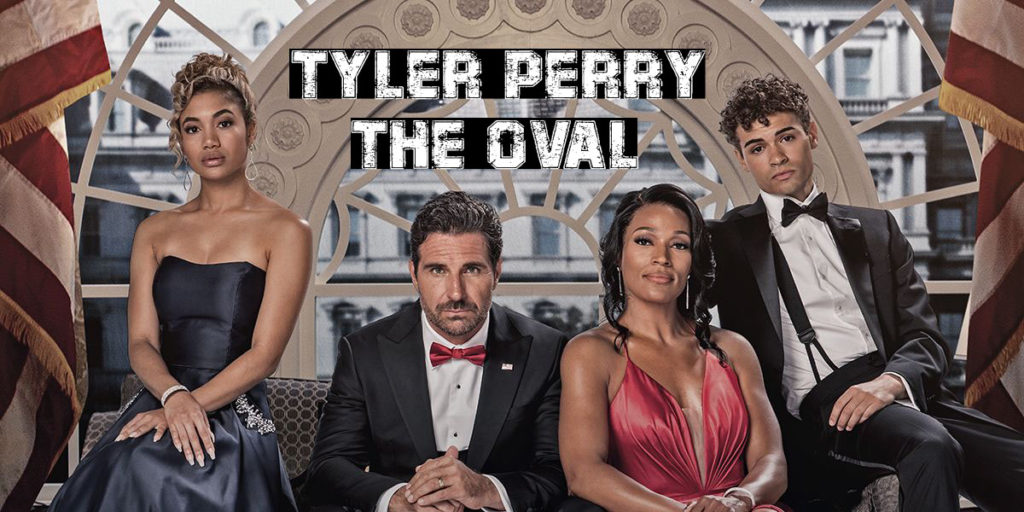 Tyler Perry the Oval keeps you guessing as you do not know what to expect next you get edgy. It’s a must-watch. The storyline is talking about the challenges faced by the U.S president in the middle of a tumultuous political climate.

Tyler Perry the Oval is executive produced, directed, and written by Tyler Perry himself. The television series is the first of its kind as it is the first scripted drama series on cable television. The TV series not only talks about the president and his family, but it also has other interesting characters don’t be left out get the available season and watch.

Tyler Perry whose original name was Emmitt Perry Jr., later changed his name from his father’s name because he didn’t want anything relating him to his father due to his abusive past caused by his father. He was born on 13 of September 1969 in New Orleans Louisiana in the U.S.

He is an American playwright, actor, screenwriter, producer, and also a director whose works he often portrays the character of Mabel (Madea) Simmons, an outspoken and no-nonsense grandmother who is religious, wise, has a sense of humor, and personal triumph.

Tyler Perry had a difficult childhood, growing up with an abusive father, he dropped out of school and even attempted suicide. He eventually went on to pass his high school equivalency exam. His life began changing after heard the television personality by the name of Oprah Winfred who suggested that writing down personal experiences could be cathartic.

Perry began to keep a journal of his own experience which gave birth to his first play, I know I’ve been changed. The play was a self-funded production by Tyler Perry himself. Although the first time he presented the play he got no attention until restaged the play in the year 1998. For more information about Tyler Perry kindly click here.

The Tyler Perry the oval is filled with so many cast that were able to do justice to their characters well. Below are the lists of some of the cast in the television series;