News has it that Twitter Decides to Pause its Verification Program Rollout after they Gave Fake Accounts Blue Ticks. Decisions have been made to halt the expansion of its verification program. The reason for this is as mentioned is wanting to work on the application and review process that lets people into the blue tick club. 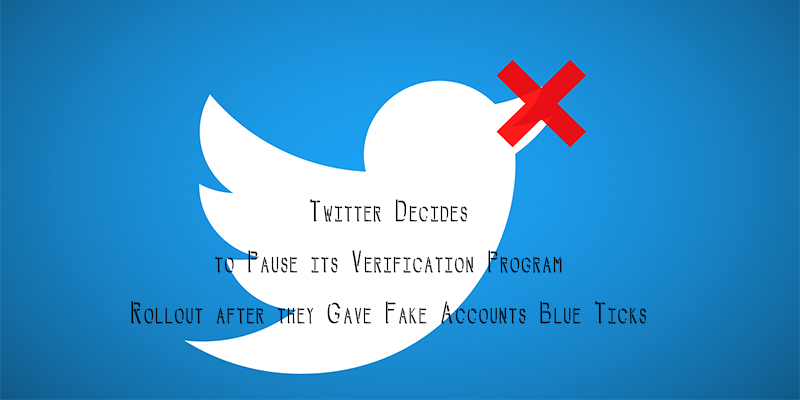 Take note, if you’ve before now applied for verification on Twitter, there is a chance that you are going to get it. According to an article on The Verge, Twitter mentioned that they will still be reviewing all existing applications and the freeze is only to prevent new users from being able to apply for verification.

Put simply, Twitter lead says if you were able to apply for verification before, you still can. The social media giant hasn’t mentioned anything regarding making changes to the criteria that the platform uses to deem accounts as verifiable or not. As mentioned in the article on The Verge, a Twitter spokesperson told The Verge that it would be resuming the rolling out of applications in the next few weeks”.

This unfortunately has not been the first time Twitter put on hold its verification process. In 2017, they put the entire process on hold after they received backlash for verifying one of the organizers behind the Unite The Right Rally in Charlottesville. It was in 2021 a revamped version was brought back and it was paused a week later as a result of an avalanche of requests.

One could say the start and stop issues the social media giant has been having with its verified program speak to the difficulties that can come with issuing a badge that is sometimes regarded by users as an endorsement.