Top 5 Fruits Ranked. Fresh fruits can make a healthy, nutritious, and delicious snack that almost everyone can include in their daily diet. Although there are countless numbers of nutritious fruits around the world, some fruits are way more in demand than others. Below are the top 5 ranked fruits in the world today. 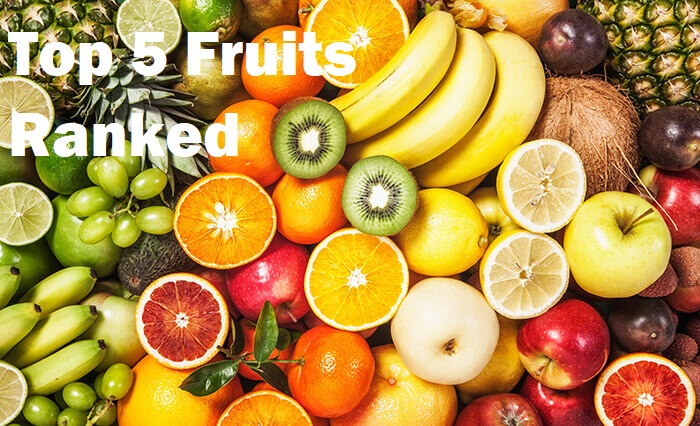 There‘s a misconception that the tomato is technically a fruit because it contains seeds. Tomatoes are produced in larger quantities than any other fruit in the world, with more than 170 million tons grown internationally each year.

This versatile berry-like fruit is used in sauces, soups, salads, condiments, garnishes, and even drinks. It’s also used as a fast food ingredient, it serves as the basis for ketchup, salsa, and pico de gallo.

This fruit is loaded with vitamins C and K, potassium, and folate, it also carries an antioxidant compound called lycopene, which could decrease the likelihood of developing heart disease and certain types of cancer.

Apples are mainly grown by China, the U.S., Europe, and Turkey and they are also among the most common fruits enjoyed around the world,. Approximately 76 million tons are produced in the world every year.

This fruit is a fantastic source of vitamins A, B1, B2, B6, C, E, K, potassium, manganese, and copper. Apples make a fantastic snack. Apple contains a dietary fiber that increases feelings of fullness and reduces caloric intake.

Almost 150 million tons of bananas are grown every year (predominantly in India and China). Other major producers of this tasty fruit include the Philippines, Ecuador, Indonesia, and Brazil, all of whom export the lion’s share of their banana crops to other countries for consumption.

The intake of bananas boosts high levels of potassium, which may prevent stroke, high blood pressure, and heart disease. It also helps against cramping and muscle fatigue after an intense workout.

Bananas also function as a great source of flavonoids, pectin, magnesium, copper, manganese, fiber, and vitamins B6 and C. Bananas could aid in weight loss when enjoyed as part of a well-balanced diet.

Approximately 73 million tons of oranges are produced in Brazil, China, India, and several other nations every year. These citrus fruits are rich in vitamin B1, folic acid, and potassium.

Oranges are used to make one of the most beloved fruit drinks ever: orange juice. As little as a single serving of Orange juice supplies as much as 67 percent of the recommended daily allowance of vitamin C.

Believe it or not, orange is so rich in fiver that one large orange serves up as much as 20 percent of your daily fiber requirement. Orange is also packed with antioxidants like phenolics and carotenoids; plus, plenty of citric acids to defend against kidney stones.

Mangoes are one of the most popular, rich, and nutritious fruits in the world.

India, China, and Thailand produce more mangoes than any other nation in the world. More than 50 million tons of mangoes are grown annually.

Mangoes are very rich in beta carotene, an antioxidant that the body converts to vitamin A. Vitamin A promotes healthy vision, skin, and teeth, and strengthens our immune system.

What are the Most Popular Fruits in the U.S.?

Depending on the regional climate, availability, and other factors, The most popular fruits in America include:

As we have gotten from the write-up, fruits are very necessary for the human body. I recommend daily consumption of a variety of fruits.