Tile is selling its Bluetooth tracking business to Life360 for $205 million. Tile popularized marking items and tracking them from your phone with its small Bluetooth tags, but suddenly faces more competition from giants like Apple, Amazon, Google, and Samsung. 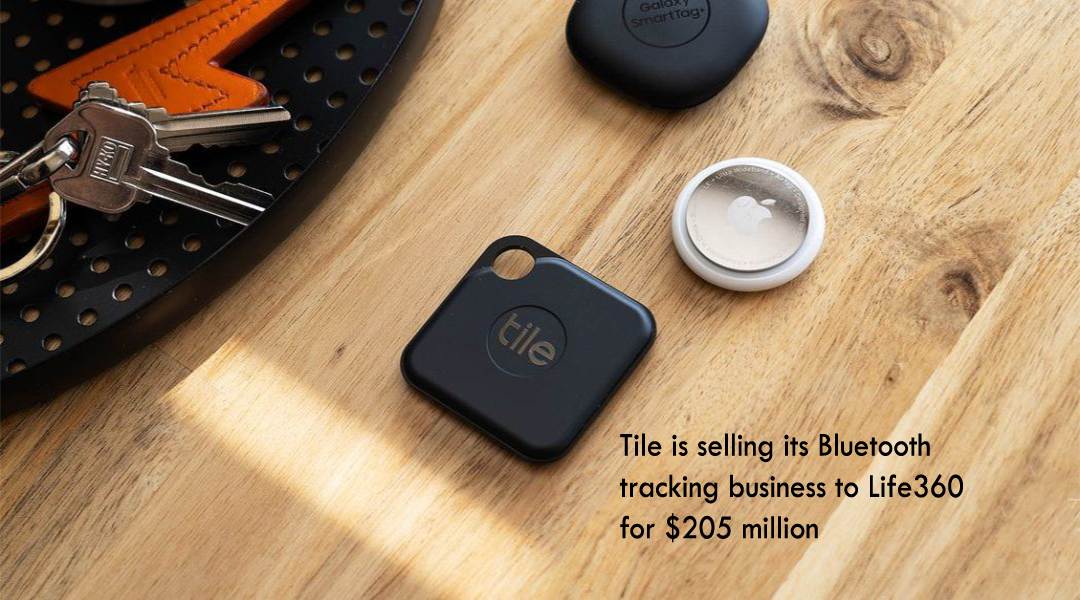 The company that started out of an incubator and crowdfunding campaign has announced it will be acquired by Life360, which calls itself a “leading family safety platform.” The deal is valued at $205 million and is expected to close in the first quarter of 2022.

Tile has developed its product line over the years with a variety of different trackers and partnerships with other companies to use its technology.

It also has a subscription service, Tile Premium, with extra features, battery replacements, and insurance against potential losses. However, the game may have changed once Apple and Google started building their own item-locating features into iPhones and Android devices.

Life360 Bills Itself as an Overall family App

Life360 bills itself as an overall family safety app, with location sharing between family members, crash detection, and other features. Over the summer, it announced that it has over 1 million paying customers and reported its valuation had crossed $1 billion.

Life360 expects the deal will increase the global footprint for both companies, Tile’s non-Bluetooth Finding Network, and create a larger combined subscriber base. Currently listed on the stock exchange in Australia, Life360 says it has plans for a “potential dual listing in the US” next year.

Life360 Claims Life Will be Simpler with Tile

In a blog post announcing the Tile acquisition, Life360 CEO and co-founder Chris Hulls says, “The combination of Life360 and Tile means safety just got a whole lot simpler for millions of families and individuals around the world.

We’ll be bundling Tile devices as part of our Membership plans, and Tile will offer Life360 Membership benefits to its customers.

We’ll also start work on integrating our technologies so Tile devices, Jiobit wearables, and Life360 app customers will show up on a unified map people, pets, and things all in one place.”

Apple launched the $29 AirTag earlier this year that also uses Bluetooth for tracking, but adds precise Ultra Wideband tech and deep integration with the iOS platform that Tile just doesn’t have. And there are indications Google won’t be left behind.

Samsung launched its own pocket-sized Bluetooth trackers, and Amazon is building on Echo devices to enable tracking via the Sidewalk network (Tile announced a partnership with Amazon that began in June).

Tile recently announced its first ultra-wideband enabled tracker, the Tile Ultra, which will launch next year and has the advantage of working with both mobile platforms to provide much more precise tracking.

Still, as Tile vice president and general counsel, Kirsten Daru said to Congress last year about Apple, “You might be the best soccer team, but you’re playing against a team that owns the stadium, the ball, and the league, and can change the rules when it wants.”

Hulls Have a More Optimistic Vision

According to The verge, Hulls has a more optimistic vision of that reality in mind, as described in his blog post, pointing out that Apple’s introduction of AirPods expanded the market for all Bluetooth headsets much more than a single pioneer like Jawbone could.

Tile says it will continue to operate as an independent entity with the same team, led by current CEO CJ Prober.

Prober will join Life360’s board of directors and says in the announcement, “This acquisition not only brings together two incredible teams with complementary missions and values, it paves the way for us to jointly build the world’s leading solutions for peace of mind and safety. “