Tiktok Says It’s Working to Remove Conspiracy Theories about Travis Scott Astroworld was a satanic ritual. According to the conspiracy, TikTok claims that the deadly Astroworld concert was a satanic sacrifice that has proliferated. 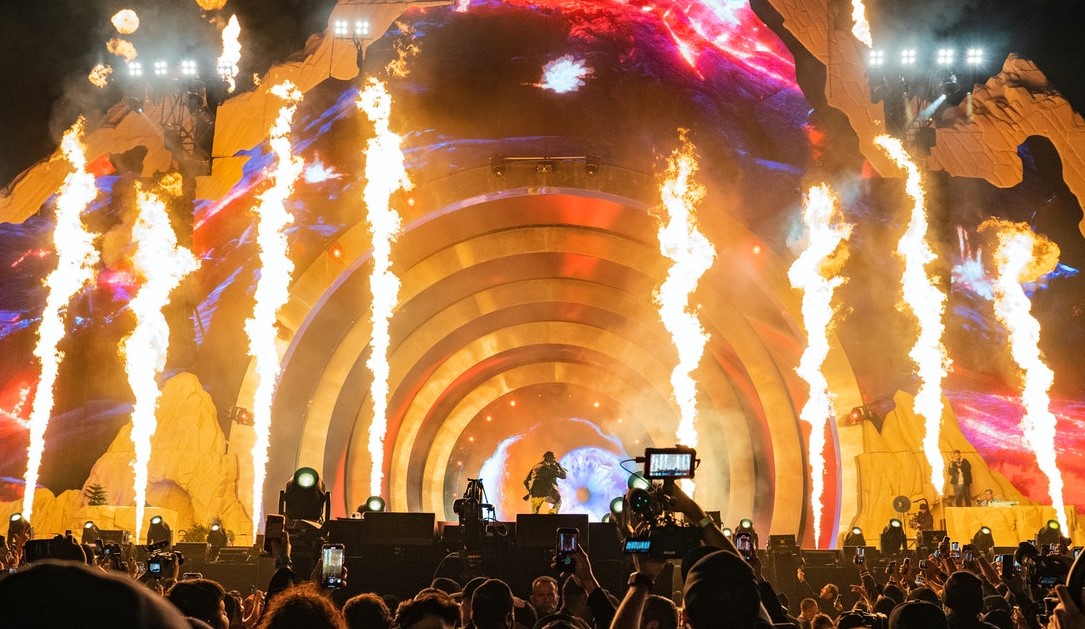 According to a business insider, at least eight people died and many were injured during a crowd crush at the chaotic festival. Graphic videos of the fatal crowd crush have flooded TikTok.

The fatal crowd crush at Travis Scott’s Astroworld concert in Houston has spawned a wave of conspiracy theories on TikTok, where users are pointing out alleged demonic imagery and accusing the rapper of performing a satanic ritual or sacrifice.

While TikTok said that it’s working to remove the content, some conspiracy videos are still racking up tens of thousands of views on the app.

Many of the far-fetched videos about the tragedy include linking images at the concert to satanic or Illuminati symbols, like an upside-down cross that TikTokers claim is a portal to hell, a burning dove, and a red-figure on Travis Scott’s shirt.

Commenters on the conspiracy videos have said “Travis Scott is definitely part of the satanic group” and “he sacrificed them,” referencing victims of the concert.

TikTok did not Immediately Respond to Insider’s Request for comment.

“We have this stereotype of conspiracy theorists being older people on social media, but young people can in some ways be more susceptible,” Jennifer Stromer-Galley, a professor studying social media platforms at Syracuse University, told the Guardian.

Asides from the conspiracy videos, unsettling and often graphic videos of the Astroworld concert have also flooded TikTok, and #Astroworld has over 2 billion views on the app.

According to BBC, the rapper is known for his wild shows and has been in trouble for inciting dangerous behavior in the past. In 2015, he was charged with disorderly conduct after encouraging fans in Chicago to ignore security and rush the stage.

Two years later, he spotted a fan hanging from a venue’s second-story balcony and tried to persuade them to jump. At the same concert, a 27-year-old fan was paralyzed after being pushed off a third-floor balcony.

In 2019, hundreds of fans rushed the Astroworld barriers, with three people going to the hospital with minor injuries. Police wrote on Twitter that the event was understaffed and that “promoters did not plan sufficiently for the large crowds”, although the statement was later deleted.

Fears about crowd safety had been raised before this year’s event. A security plan obtained by the New York Times addressed several areas of concern.

“Based on the site’s layout and numerous past experiences, the potential for multiple alcohol/drug-related incidents, possible evacuation needs, and the ever-present threat of a mass casualty situation are identified as key concerns,” the document read.

Before Scott took to the stage, local news teams filmed fans bursting through gates and bypassing security checkpoints. The city’s police chief also visited the star in his dressing room to convey concerns about the energy in the crowd.

In a statement, Chief Finner said the “brief and respectful meeting” allowed him to “share my public safety concerns” and ask the star “to be mindful of his team’s social media messaging on any unscheduled events.”