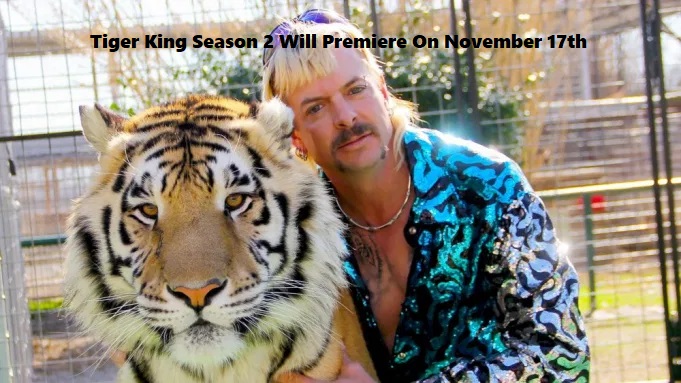 According to the verge, Netflix just announced the second season, which it is calling Tiger King 2, on Thursday as part of a short trailer revealing much other true crime shows heading to the streaming service.

Netflix is promising that it will have “just as much mayhem and madness” as the first season. While it’s unclear exactly what the second season might be about, Netflix’s Tudum trailer showed a brief clip of Joe Exotic, the main focus of the first season, in prison, so it could focus in part on that.

Tiger King’s first season was a cultural sensation; in a press release, Netflix said that it “attracted 64 million households in the first four weeks after its March 2020 premiere.” By making a season 2, Netflix seems to be attempting to recapture that lightning-in-a-bottle popularity once again.

In a video announcement on YouTube, a message stated: “The world had no idea what was about to hit. A story so wild, a world so captivating, a phenomenon so global, we’ve only scratched the surface. ‘Tiger King 2’. November 17. Only on Netflix.”

The announcement comes just days after animal rights activist Carole Baskin, who featured in the original documentary, slammed plans for a sequel. You can get more details by visiting this link.

New feature-length documentary The Tinder Swindler will be released in February 2022, telling “​​the jaw-dropping story of a prolific conman who posed as a billionaire playboy on Tinder, and the women who set out to bring him down.”

A new series coming in January, titled Bad Vegan will follow a restaurateur who is conned out of millions by her partner, who convinces her he can expand her food empire and make her dog immortal, provided she follows his bizarre requests. You can get more details from this link.